10 Brazilian Songs for Cooking a Feast 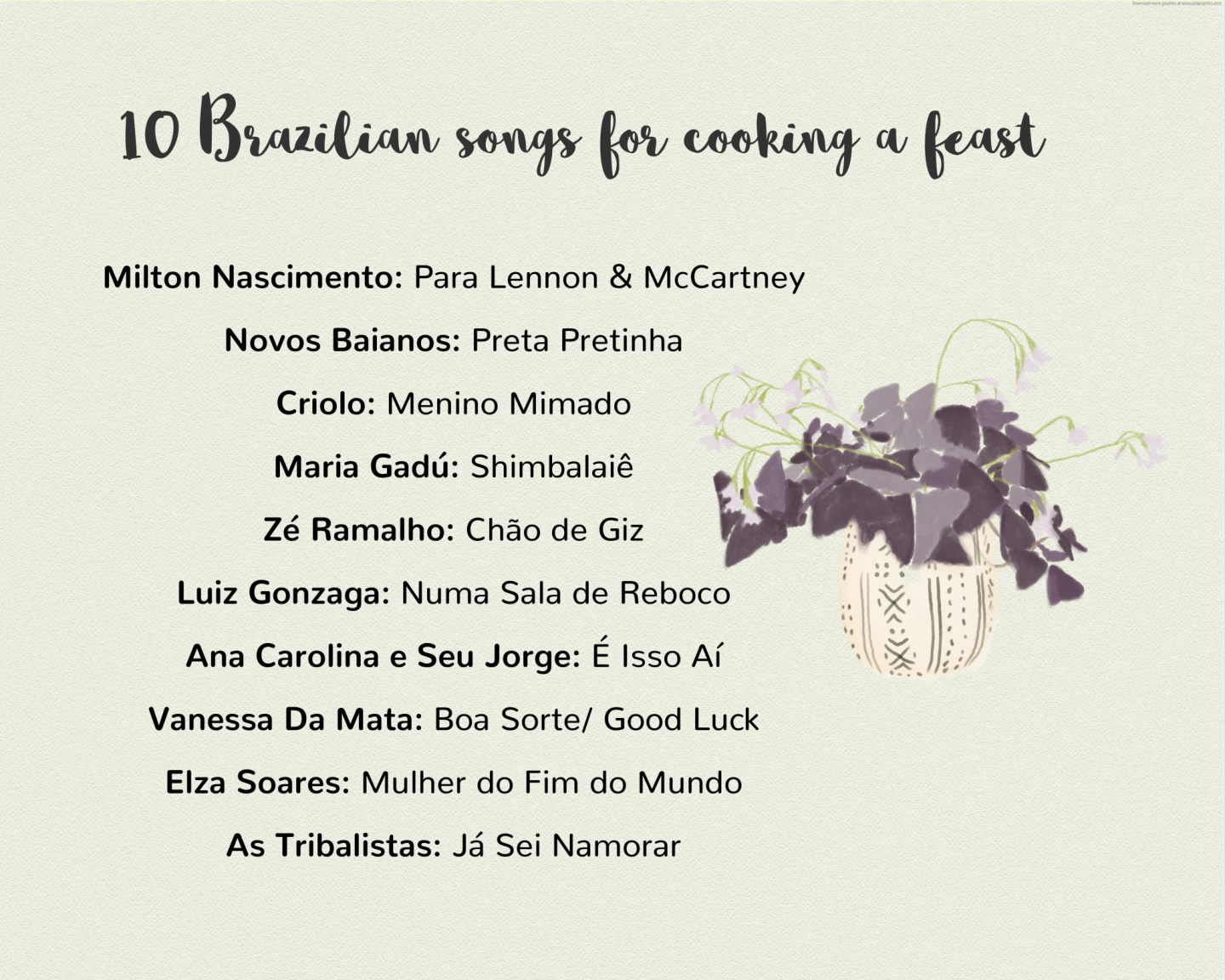 We’ve put together a collection of 10 Brazilian songs for cooking. Mixing it up with Northeastern musicians to orginal acoustic singles.

Milton Nascimento was raised in Minas Gerais after being adopted by a middle-class family after his mother died when he was just 2 years old. He is a celebrated Brazilian musician with 3 Latin Grammys and a Grammy for the Best World Music Album to his name.

Maria Gadú sprung onto the Brazilian charts in 2009 with her single Shimbalaiê then her 3rd album was nominated for a Latin Grammy for Best MPB Album in 2015. She famously performed a live show with Caetano Veloso in 2011.

Gonzaga was the first Northeastern musician to make Baião music (originating from the sertão) popular around Brazil. Sala de Reboco features the accordian, a typical instrument of countryside Brazilian music, and talks to the …

Zé Ramalho is a Northeastern Brazilian musician who has released 17 albums furing his career. He performed the soundtrack to the popular Brazilian telenovela (soap opera) Rei do Gado (Cattle King).

É Isso Aí is a Portuguese adaptation of Whistle Blower’s Daughter by Damien Rice. Ana Carolina is a singer and songwriter from Juiz de Fora in Minas Gerais who famously shared the stage for singer Seu Jorge for an artistic collaboration in 2009. Seu Jorge is also an actor appearing in cult film Cidade de Deus (City of God) and most recently in Marigela on the Brazilian dictatorship (currently banned in Brazil).

One of the biggest names in samba Elza Soares has been pushing boundaries for over 60 years.

The Tribalistas were formed in 2002 by 3 renowned Brazilian musicians: Arnaldo Antunes (from Titãs), Marisa Monte and Carlinhos Brown (from Timbalada). The group gained a considerable following given their combined fans from their notorious music careers.

Here is the Spotify playlist for 10 Brazilian songs for cooking a feast!