10 Brazilian Songs for the Bath 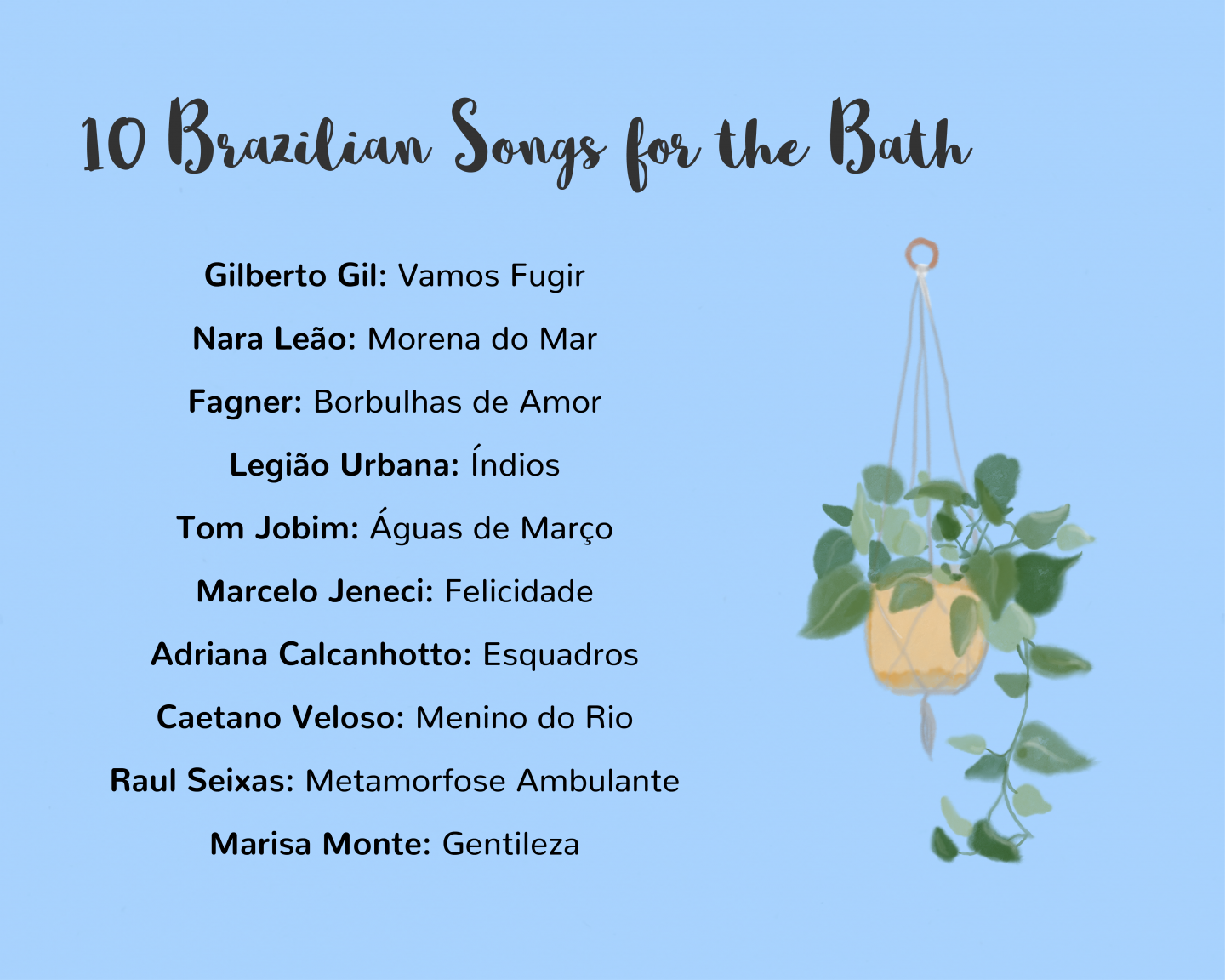 Gilberto Gil has always been atteh forefront of promoting Brazilian culture. He was a key member of the tropicália movement against the Brazilian military coup and served as the minister of culture between 2003 and 2008. His daughter also went on to became a conservation activist through her vegetarian cooking show and books, among other pursuits. Read about Bela Gil in our Brazilian women you should know post.

Nara Leão is closely affiliated with Bossa Nova music then MPB and later as part of the tropicália music. Tropicália was centred around constructing cladestine political lyrics against the dictatorship.

Raimundo Fagner is a Brazilian musician from the state of Ceará in the Northeast of Brazil. Fagner has recorded with most of the big names in MPB. he came to fame after winning a univeristy talent show in Brasília.

When rock n roll was on the rise many Brazilian rock bands emerged, adding their own tropical feel to the genre. Legião Urbana was one of the key players in this movement led by the singer Renato Russo, who also went on to record his own solo albums.

A quintessential Brazilian soundtrack played by one of the founding fathers of the Bossa Nova genre.

Adriana Calcanhotto is most famous for her interpretations of popular MPB music, for which she originally rose to fame after perfroming in bars in Porto Alegre. Calcanhotto also has a disk written for children called “Adriana Partimpim,” a nicknamefrom her childhood.

Caetano Veloso has a career spanning … years. He drew attention from his musical movement Tropicália, founded with fellow musician Gilberto Gil in a protest against the 21 year Brazilian dictatorship. Veloso and Gil were exiled for this movement that rallied prominent artists to mix genres and create lyrics in opposition to the military coup. Nowadays, Caetano heads a band with his sons frequently touring nationally and internationally. He has a disk, Un caballero de fina estampa reinterpretting popular Spanish language music and featured in Pedro Almodovar’s Hable Con Ella (Talk to Her).

One of the most beautiful voices on the Brazilian music scene. Marisa Monte adapted the lyrics from a famous mural in Rio de Janeiro that read Gentileza Gera Gentileza (kindness generates kindness). The rest of the music develops the story of how the mural was painted over, but the essence lives on.