15 Insanely Useful Things to Know Before Going to Brazil 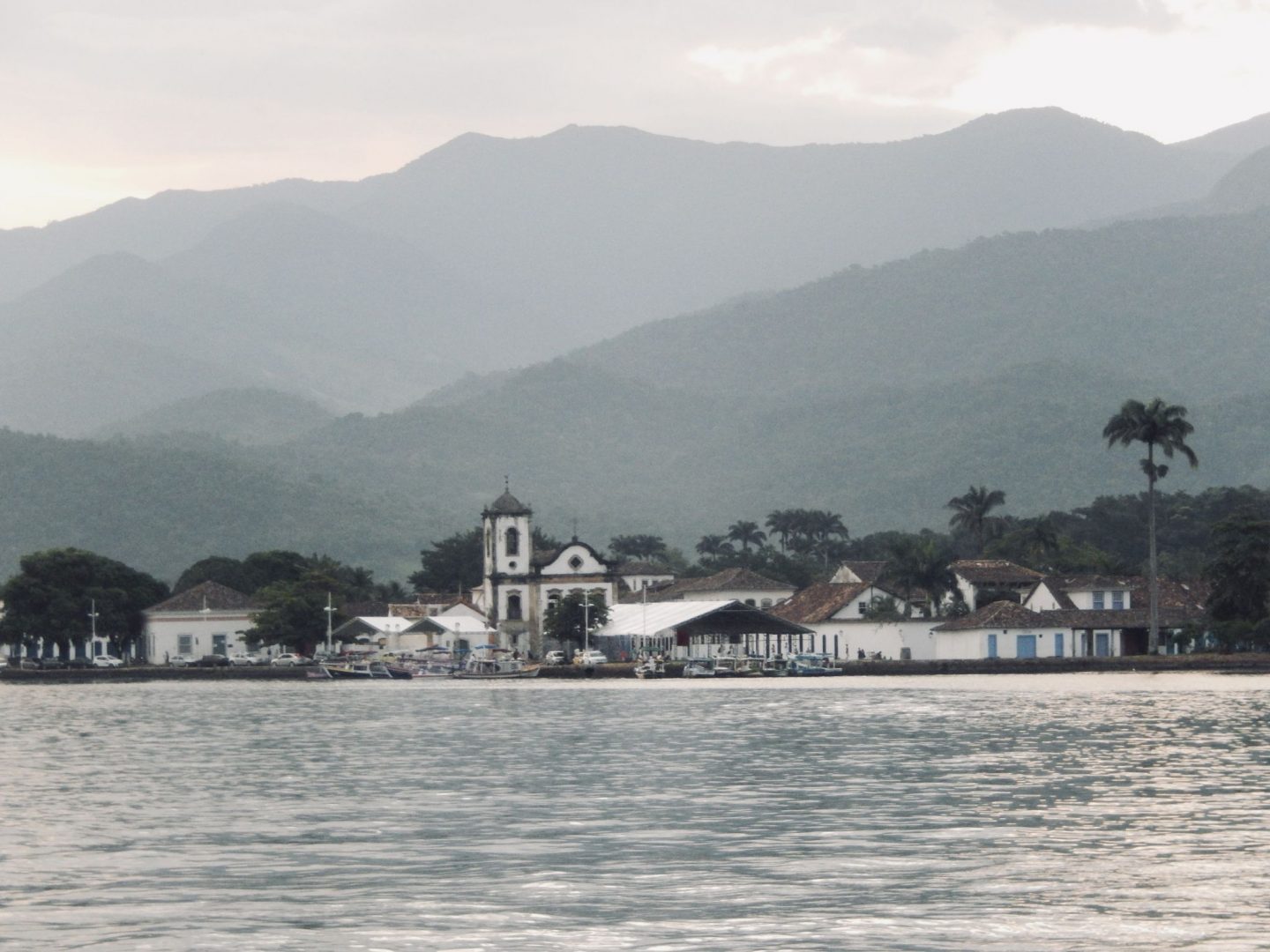 You’ll pick up a lot once you’re in Brazil, but there’s things you need beforehand.

Before going to Brazil I didn’t check out anything further than the temperature. Without this list you’ll be wondering:

Why is the waiter ignoring you?

Why are there no towels at the beach?

Why won’t the bus driver take my money?

All legitimate questions that we are going to tackle below.

Portuguese is spoken in Brazil as the only official language. It’s a much more sssss cousin of Spanish with less “i”s and more “v”s! Take a look at some superficial differences between the 2 languages below. Spanish is on the left.

So, yes you can get by with Spanish, however we suggest everyone learn the Portuguese basics to make things smoother.

Try our Portuguese Resources article for some easy ways to pick up Portuguese through immersion in spoken and colloquial language. Once you’ve memorised the basics, our post on 30 Portuguese Phrases You Need to Know outlines common interjections and phrases that aren’t easily translated. Spoiler: one is “let’s get wasted”. Very important.

#2 The Outlet is European, but the Voltage Varies

Brazilian electric sockets use either plug type C or plug type N. The newer plug now installed in new builds across the country is the same socket as those used in most continental Europe, which is useful.

Since the 80s the 3-prong plug was introduced in Brazil, but it wasn’t obligatory until 2011. Therefore only renovated apartments and hotels use plug C and the rest have stuck to the old style. The good news in the new one can fit into the old. So pack plug C.

It’s also imperative to remember that Brazil has 2 voltage levels, and it varies sporadically throughout the country. Rio de Janeiro and São Paulo for instance use 110v, whereas Brasília uses 220v. This website has a full list of each state’s standard voltage. If you are travelling through Brazil, you should always use a voltage converter as the more powerful voltages can burn out your devices.

Tipping is included on the bill in Brazil. Indeed, paying this tip is not technically mandatory, but unless your plate came out bearing a cockroach you should pay it. The tip is 10%.

On your receipt the tip is called “serviço.” For big groups or if a waiter who went above and beyond they deserve an extra cash tip. Note that occasionally restaurants will ask you to pay the tip in cash on the side so that this gratuity goes directly to the staff and isn’t pocketed by the restaurant owner.

#4 How to Get the Waiter’s Attention

Get a waiters attention in a variety of ways, but almost certainly avoid sitting motionless and depending on eye contact. In Brazil it’s not rude to wave to the waiter, if you do so in good jest. Miming out “bring the check” or “another drink” across the restaurant is perfectly acceptable.

Here’s some polite words you can use to get the waiter’s attention:

Garçom (waiter – only use if the waiter is male)

You can also read our Decrypting the Brazilian Menu article to learn how to order exactly what you want in a restaurant.

Public transportation in Brazil does work in varying levels of efficiency depending on where you are. The main forms of transport we recommend are Uber, Metro (subway or underground) locally and plane for long distance travel.

In Rio de Janeiro use the metro to navigate Zona Sul or reach Centro (downtown), as well as to reach Barra. Barra is also feesible by Uber if you plan to visit multiple places and those far from the metro stops. Be prepared for the air conditioning in the metro trains which is wildly exaggerated.

In São Paulo, use the metro whenever you can and avoid rush hour. The São Paulo traffic jams are notoriously long.

In Brasíia there is a metro which serves some parts of the city. An Uber will get you there quicker and cut down on walking distances.

Uber works well in Brazil and is affordable. Another way to refer to Uber in Portuguese is “chamar o applicativo” (call the app). We suggest always using a car sharing company when travelling late at night or whenever the metro doesn’t serve your destination. When there are 2 or more of you a carpool app is almost always the cheapest option.

The bus mostly works well, but there isn’t an announcement or sign advicing each stop. This can be challenging if you are unfamiliar with the city and language. If you do prefer to use the bus make sure you communicate to the bus driver for help or use Google Maps to track the route. Watch your belongings on the buses and avoid catching one alone at night.

In smaller towns I would again use Uber where possible because buses may be infrequent.

Long distance travel around Brazil is best by airplane (Gol and Azul are budget Brazilian airlines). You can also easily rent a car in Brazil, read about driving in Brazil before taking this route.

Drinking is a social given in Brazil.

Often the group will share large beer bottles and split the bill at the end of the night according to how many bottles the group drank.

Caipirinhas are made with cachaça, but you can also order caipiroska which swaps this for vodka. This is national Brazilian drink and is often cheap, cashing in at between R$15-30 (US $4 – 8)

The “saideira” is the last drink of the night. If your team have drank enough this drink is on the house (only applicable for beer). The saideira comes after you’ve paid the bill, as a deal sweetener from the bar to thank you for your loyal drinking.

If there’s live music you pay for it. Usually a bar with live music will add a simple cover charge on to the bill. Don’t be alarmed if that happens because the musician is probably paid nothing to perform and relies on these extra tips.

Don’t turn up on the beach with a towel unless you are accompanied by an under 12-year-old. Brazilians just don’t lay out towels and lie on them to sunbathe. They use cangas, which you wrap around you body like a sarong. Brazilians also rent chairs. So you dry-off stood up under the sun or sat on the rented chair. You can bring your own beach chair.

Rent a parasol for R$10, because the sun is unbelievably hot.

Beaches from the State of Espírito Santo southwards have cold water as the currents come from the Antartic. Therefore, in Rio de Janiero be ready for an icy dip. From the State of Bahia northwards the water becomes deliciously warm.

Brazilians kiss on the cheeks as a greeting.

Unless you are going for an interview, don’t kiss in an interview. The difficulty is that each state has a different tradition. In Rio expect 2 kisses, one on each cheek. In São Paulo they kiss once and in Minas Gerais you could recieve up to 3 kisses!

You can use these 2 words as a greeting with or without the kisses: beleza (meaning beauty but used to say “alright?”) and tudo bem (everything good?).

#9 Money – Keep Some Cash with You

Brazil uses the real, which fluctuates in price depending on the political and economic situation. Change in real is challenging to come by, so save it wherever you can because it will be needed. You need change for the bus, for buying snacks on the beach, for purchasing street food or for giving to those less fortunate (poverty and inequality is rive in Brazil and there are many homeless people).

If you have no cash make sure you go to bars and restaurants that accept card. It’s pretty common because of the credit card company fees for places to opt only for cash. This is especially common in small touristic destinations like Paraty or Cumbuco.

Be mindful of the ATMs you use. There are many ATMs inside banks with security guards. We always suggest using these as the machine won’t have been tampered with. Check your bank statement frequently for any unusual charges and bring a spare card in case you lose one.

You can’t drink and drive. There is Zero tolerance drinking and driving in Brazil, which is another reason why a cheap uber is best. That means not even one beer. You can rent from budget places like Hertz or Movida.

Be sure to lock your doors when you are driving and don’t stop for anyone, unless a police tells you to.

In the evening, you can go through a red light if everything is clear, as a matter of safety.

We have a detailed post that outlines everything on driving you need to know before going to Brazil.

From communicating with your Airbnb host to organizing a local tour guide, Whatsapp is going to be your go-to tool. You’ll save money on international calls and Brazilians reply fast.

It’s also the best way to contact new friends you’ve made in Brazil and the way most groups communicate. Be aware though, once you enter a group chat be ready for a bombardment of messages on the daily.

#13 Things to buy before going to Brazil

The following is our own abbreviated list of products that we pack before going to Brazil. You can get all these things in the country, however at a higher price or not quite the right way.

#14 Notes on Vaccines and Health

There was a Yellow Fevor outbreak in Brazil in 2017. As a result, you may need a yellow fevor vaccination certificate to enter or for further travel in other countries. We were not allowed into Panama without this certificate and had to change our flight.

Malaria and dengue are present but mostly in the Amazon and swamp states. Use tablets if you head to the remote jungle, but if not simply using repellent and covering up in the evening are sufficient. It’s also worth travelling outside the rainy season. We visited the Pantanal in December and the mosquitos absolutly devoured us.

Zika is generally believed to no longer be a threat in Brazil.

There is universal healthcare in Brazil, which also serves tourists. In an emergency you find treatment at any public hospital. However, purchase travel insurance in case of other unexpected events like pandemics, flight cancellations or luggage loss.

Other good vaccinations to get before going to Brazil are: Hepatitus A, Typhoid, Tetanus and Hepatitus B.

#15 Some Water is Drinkable

If in doubt, drink bottled water. In many big cities you can drink from the tap and many apartments will install a filter so it is even safer. Bottled and mineral water is cheap in Brazil though, so make the most of it. When you go to a restaurant you will pay for bottled water as they don’t give provide tap water. Expect to pay about R$3 for a small bottle of either água natural (non-fizzy water) or água com gas (fizzy water).

Another great resource to prepare you for Brazil is our 40 facts on Brazil post. Here we take an indepth look into the culture, history and curiosities of Brazil.