10 Alternative Things to Do in Rio de Janeiro 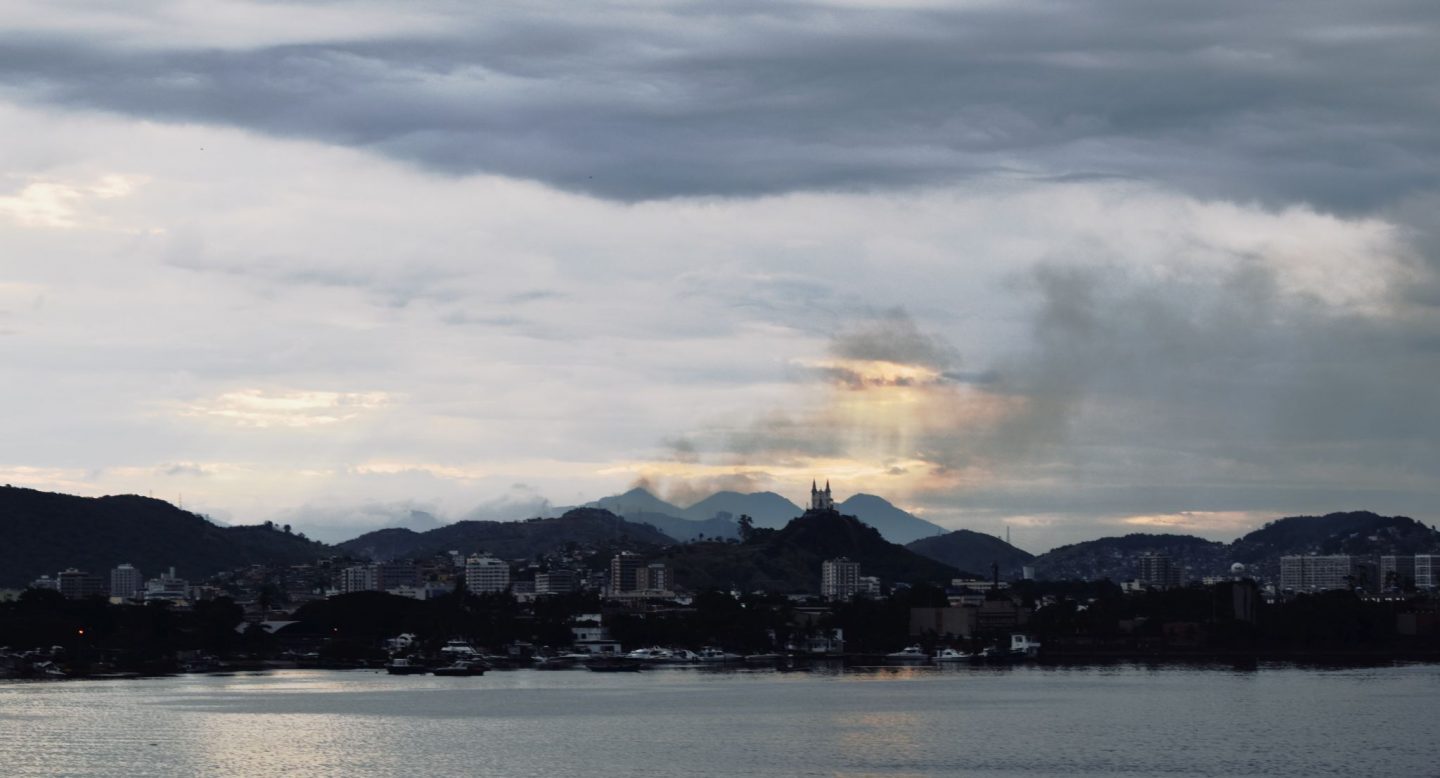 Rio de Janeiro is an urban beach influenced by the Portuguese that crowned it capital of the Portuguese empire in 1763. Impacted by the slave trade, abolished in 1888, to the effects of being nestled between the tropical forest (Mata Atlântica) and the lumbering Atlantic Ocean.

Most guides skim over the obvious sites in Rio de Janeiro, highlighting Christ the Redeemer, Sugar Loaf and Copacabana beach. However, what you should be looking for is how the locals enjoy each of those locations. What experiences will you never find in other beach cities around the world?

10 alternative things to do in Rio de Janeiro highlights a treasure trove of fresh discoveries that make the city worth the chaos.

In tropical countries life thrives. The trees are bigger, laced between the towering concrete apartment blocks. A unique discovery in the city of Rio is the plant life that has attached itself to the trunks of the trees. Known as epiphytes these varieties of plants can be anything from moss to bromeliads, but the Rio residents like to give nature a nudge.

Often residents will also tie orchids to the trees. Overtime the roots grow and lock onto the trunk at which point they can cut away the plastic pot. Feeding from the nutrients and moisture of the tree, the orchids bloom yearly and are a charming sight to watch out for in Rio.

You may also enjoy The Ultimate Guide to Rio de Janiero on the Cheap.

Small troops of marmosets often descend into the city from the Mata Atlantica. This forest is the second most threatened bioma (ecosystems) in the world and stretches along Brazil’s east coast. It’s possible to spot these monkeys anywhere, but they will usually stick to forest bordering neighborhoods. We suggest trying Santa Teresa, Jardim Botânico, Gávea, Botafogo, Flamengo or Leme.

To increase your chances of seeing monkeys read our detailed post on 5 places to see monkeys in Rio!

Take the opportunity to catch live music around Rio.

In Lapa you can pay to enter one of the samba houses, where your entrance fee includes the performers’ costs. High quality musicians perform at Carioca Da Gema and Café Cultural Sacrilégio. There are many detailed bar guides to Lapa here are a couple: Culture Trip’s Guide and 10 Best’s Guide.

In Brazil people mingle in the streets. There’s no place like Rio to go outside and soak up the nature, beaches and parks right inside a city of 12 million people.

In the evenings street cart owners come out in droves along the sidewalks to sell an array of specialities. Find them anywhere from outside a mall, cinema, station or dotted along the beachfronts between Flamengo to Recreio dos Bandeirantes (western Rio de Janeiro).

Tapioca – a gluten free pancake like snack made from hydrated mandioca/ cassava flour. There are over 50 available fillings from Mineiro cheese and tomato, to chocolate and banana.

Pipoca (popcorn) – Brazilian style popcorn is either sweet or salty. The sweet is caramelized popcorn with the option of dribbling condensed milk on top. The salty comes stuffed with pieces of bacon and goats’ cheese.

Milho (Corncob) –Brazilian corn is not sweet like the American or European sweetcorn, but a savory snack. Boiled to perfection, then smothered with butter and a salt rub.

Cachorro quente (hot dog) – not your average hot dog. In this hotdog the dog is much more of a side-thought. The fillings dominate the show, a personal favourite being a handful quail eggs.

We have a more detailed post on Decrypting the Brazilian Menu here too.

Explore the Fairs and Markets

Make sure you hit up the weekly market in your neighbourhood. First circle the fair once to sample the exotic fruits. Many of the vendors will slice up tasters and display them in front of their stall. We suggest trying fruta de conde, guava and jaca fruit.

Interested in learning which Brazilian fruit you are? Yes, really … Take the Brazilian Fruit Quiz.

You should then try traditional Brazilian Feira (open market) snack food. Pastel is a fried pastry pie with a filling of either ground beef, shrimp or cheese. Pair this with a sublime cup of sugar cane juice with lime. The cane is squeezed right in front of your eyes!

Buy Cangas at the Beach

Brazilians don’t take towels to the beach, they take sarongs (cangas). Even the men. You can lie on the sarong as you dry off in the baking sun, and then wear it. There’ll be numerous vendors trudging along the beach selling cangas (among other things), so you can barter and peruse the different styles.

You may also enjoy 10 Tips to See Brazil on the Cheap.

Take a Sports Class at the Beach

Being active is Rio’s mantra. The beaches are divided by lifeguard posts designated each 1km – 2km along the beachfronts. The exercise clubs are identified by their position to a post number and the particular neighbourhood or beach name. Some classes have a monthly membership, whereas at others you can turn up and pay on the day.

Options include beach volleyball, futevôlei (a soccer and volleyball hybrid), beach tennis, peteca (hitting a hand shuttlecock over the net). More recently cross fit sessions, yoga classes and circuit training have opened up around town. Along the beachfront there is also a designated shared cycle/jogging lane, so many running clubs meet up at the beach or around the Lago de Rodrigo Freitas (the lagoon in Zona Sul).

Food vendors wander the beach just like the canga sellers. A typical Brazilian snack is the goats’ cheese sold by vendors carrying small metal boxes that contain a portable grill. The goats’ cheese comes on a stick, a bit like a savory popsicle. Whereas, some beach food can be questionable as it is ferried under 40°C heat for hours (never eat the shrimp) the goats’ cheese is perfectly safe and worth trying.

Enjoy the Sunday Promenade Shut Down

Every Sunday the beachfront from Leblon to Gloria is shut down to give priority to pedestrians, cyclists and skaters. This opens up an extra 2 lanes for residents and tourists to enjoy without the usual hum of traffic.

On Sundays street vendors, musical buskers and touts will crowd the closed road allowing you to delve into the true spirit of life as a carioca (a Rio de Janeiro native). Try renting one of the ITAU orange bikes found in docking stations throughout the city. There are also a few designated spots to rollerblade and roller-skate (Gas station Copabana beach near to Leme).

Not only is it legal to drink on the street in Brazil, but it is a rite of passage. Revelers come out in their troves to celebrate in mini carnivals nightly around Rio de Janeiro. Certain areas have a designated night, so see the list below (only including Zona Sul and Centro).

Lapa near Cinelandia – busiest at weekends

In each place there will be bars that serve drinks (nowhere to sit), then you wander out into the square. Except Baixo Botafogo where the bars lining the streets will pull out chairs onto the sidewalk. You will sit and be served by a waiter in Baixo Botafogo (located on Voluntárias da Patria street). In the other places there is the option to take your own cooler with alcoholic drinks. Or there will always be informal street vendors lugging around a polystyrene box loaded with beers cooled in mountains of ice.

Be mindful that there often aren’t public bathrooms, so perhaps it would be good to have an agreement with a bar owner and buy exclusively from them in order to have access to a bathroom.

Hidden away between the Lagoa Rodrigo de Freitas and the Botanical Gardens the Jockey club offers restaurants, horse racing and a stunning view of the Christ the Redeemer statue. Find out more in our article on How to Spend a Lazy Sunday in Rio Jockey Club.

Other post you may enjoy:
30 Portuguese Phrases You Should Know
12 Insanely Useful Things to Know Before Going to Cumbuco, Ceara
Ipanema | Knockout Neighbourhood Guides to Rio de Janeiro