Bees and an Army of Flowers 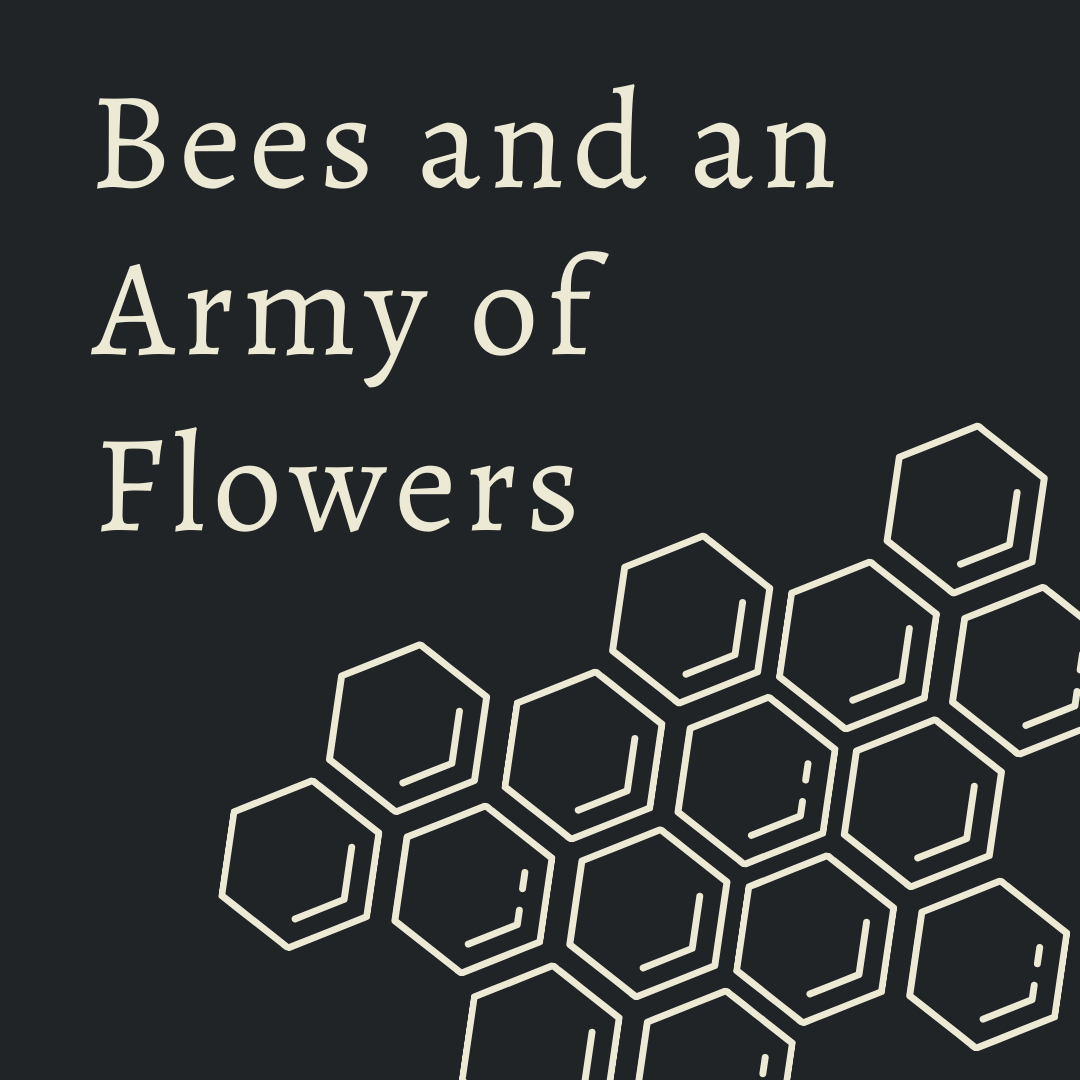 There’s an alarming number of wasps visiting my balcony for December.

When I was a kid, I had a troop of rabbits that I would clean out on Saturdays. Only one summer bumblebees installed their hive in the cleaning-out supply garage.  To my dismay, my parents decided they could stay. They made the right decision, but my 8-year-old-self surveyed those flying insects with bodies the size of my eyeballs (probably) and wished there had been a different verdict.

I danced around the path of the bees every Saturday, petrified that they would turn on me. I’ve made peace with bees and I’ll explain why. Although still slightly on edge by the wasps hovering around my COVID-free balcony.

Here’s what we can learn from solitary bees.

Did you know that 9 out of 10 bee species are solitary? Meaning they make individual nests, work alone and don’t make honey. You also can’t swarm if you don’t have a colony!

These solitary bees hunker down, working tirelessly to raise 1-20 eggs alone and meeting mates on the flowers. Multitasking heroes, squeezing in food gathering with mating. They lose more pollen than honeybees because of less sticky leg hair, pollinating hundreds of more flowers. Incredibly they raise their offspring, while simultaneously raising an army of flowers.

One bee can visit up to 5000 flowers a day. She/ he is pollinating hundreds of thousands of flowers each summer, maybe millions in a lifetime.

Ruby Bridges’ mother triggered a social movement by walking her daughter into an all-white school.

Maria Curie discovered two elements and coined the term radioactivity, all in a lab described as “a cross between a stable and a potato shed.”

In 2019, Americans gave $449.64 billion to charities. Approximately 77 million Americans, 30% of the adult population, volunteer their time, talents, and energy to making a difference (stats here).

One soul, like one bee, is capable of immense accomplishments just by getting up and swinging through their day to day.