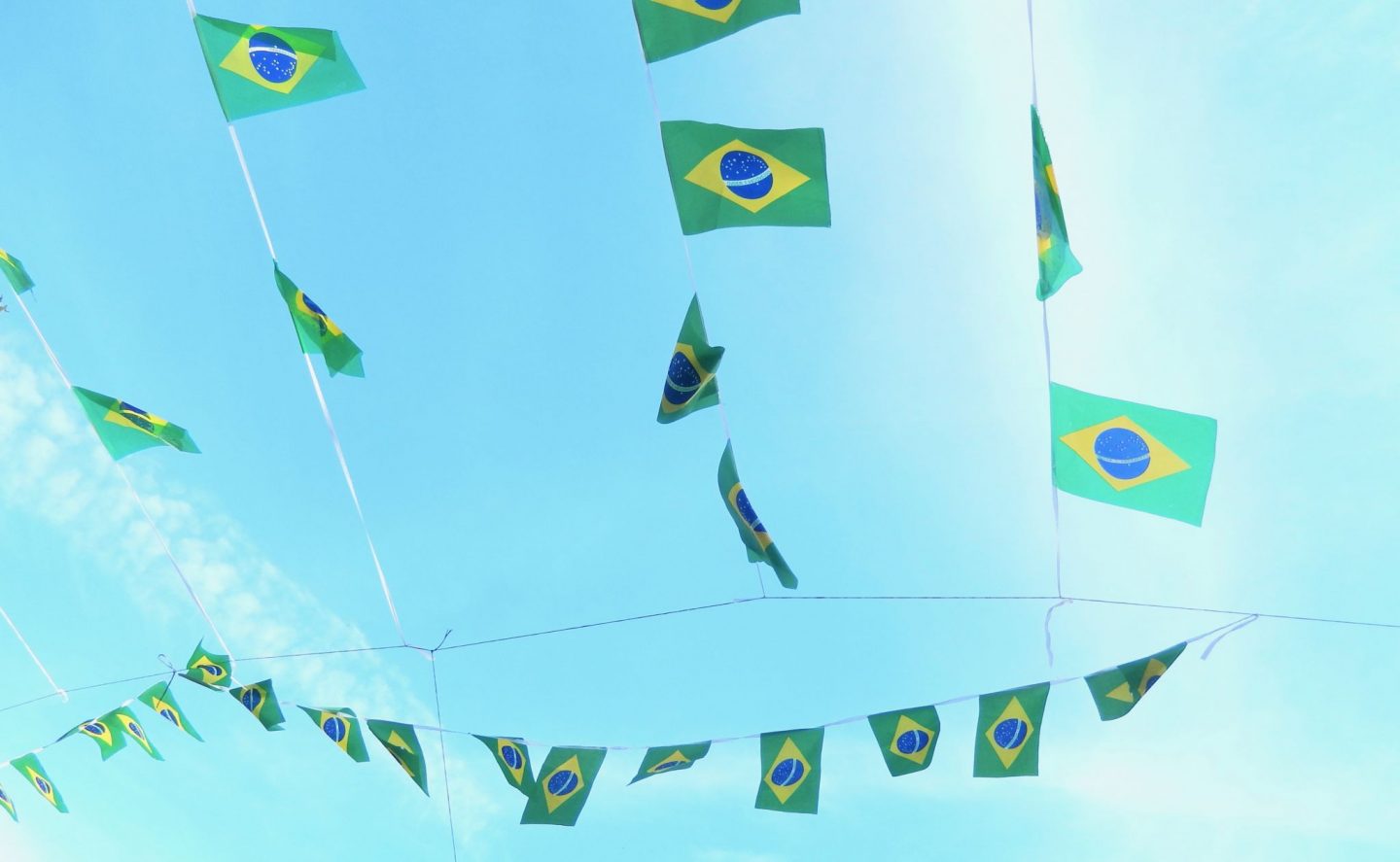 This time four years ago,  I found myself sporting my first canary yellow Brazilian football jersey. Dining with my boyfriend and his mum, stuffing our faces on all you can eat meat BBQ. We were cowering under the screen of the 2014 World Cup Brazil.

She’s swearing at the Brazilian football team (click link for post on Neymar, Pals & Tattoos), he’s sipping anxiously on a vodka disguised as water and I’m trying hard to discern what meat keeps landing on my plate and if it’s appropriate for my pampered stomach.

Yet this June we find ourselves under British skies for the World Cup and in the midst of much less enthusiasm.

My Brazilian tenatively asks if we can watch a match in the pub with the football “hooligans”.

Though, we end up in a suburban pub where the subtitles are sprawled on the screen. There’s not a soul glancing at the T.V. as England plays and it was only after the 4th England goal that heads start to turn.

In Brazil it would be borderline insanity not to broadcast the match and cause riots if it were on mute. So since the invention of Football, that was us Brits, and modern-day fanaticism, the Brazilians have the shoulder up. The Brits have downspiralled into realistic skepticism and the Brazilians have become obsessive optimists.

I want to say Brazilians love football. However, I think it would be more accurate to say it is a national fetish.

With that in mind, I’m sure many are curious about what is passionately dancing from the Brazilian fans’ lips. Suffice to say Portuguese is poetic, rhythmic, like samba and on top of that the chants are far from hollow, barbaric words…

For Russia, the Brazilian fans have imported a chant that dictates their legacy throughout previous World Cups.

Running through the impressive 5 World Champions and the stars that stole the show.

In ’70 the squad, (nickname for the winning team in World Cup in Mexico)

First to be three times champion,

Only 5 times is the Great Brazilians

I am Brazilian, with lots of pride and lots of love

(I know, it sounds like a sickly love ballad in English, but it’s much more heart wrenching in Portuguese).

3. “Guess Whose Back” Chant

Every time Brazil scores or the ball edges close to the net, the excitement is too much. They swing right back into this ditty, which basically reminds us they are still the all round World Champion record holders.

The champion came back,

The champion came back,

The champion came back…

4. The Longest Anthem Ever

The Brazilian Anthem is a long one. And every kid in the country knows the words.

Read here for the ins and outs of its existence, but in brief: it began without lyrics, Brazil held a pop idol style competition to bestow lyrics and is now a truly drawn out affair.

The placid shores of the Ipiranga heard
The resounding shout of a heroic folk
And the sun of Liberty in shining beams
Shone in the homeland’s sky at that instant.

If the pledge of this equality
We managed to conquer with strong arm,
In thy bosom, O Freedom,
Our chest defies death itself!

Brazil, an intense dream, a vivid ray
Of love and hope descends to earth
If in thy beautiful, smiling and limpid sky
The image of the (Southern) Cross blazes.

Giant by thine own nature,
Thou art beautiful, strong, a fearless colossus,
And thy future mirrors that greatness.

Of the sons of this ground
Thou art kind mother,
Beloved homeland,
Brazil!