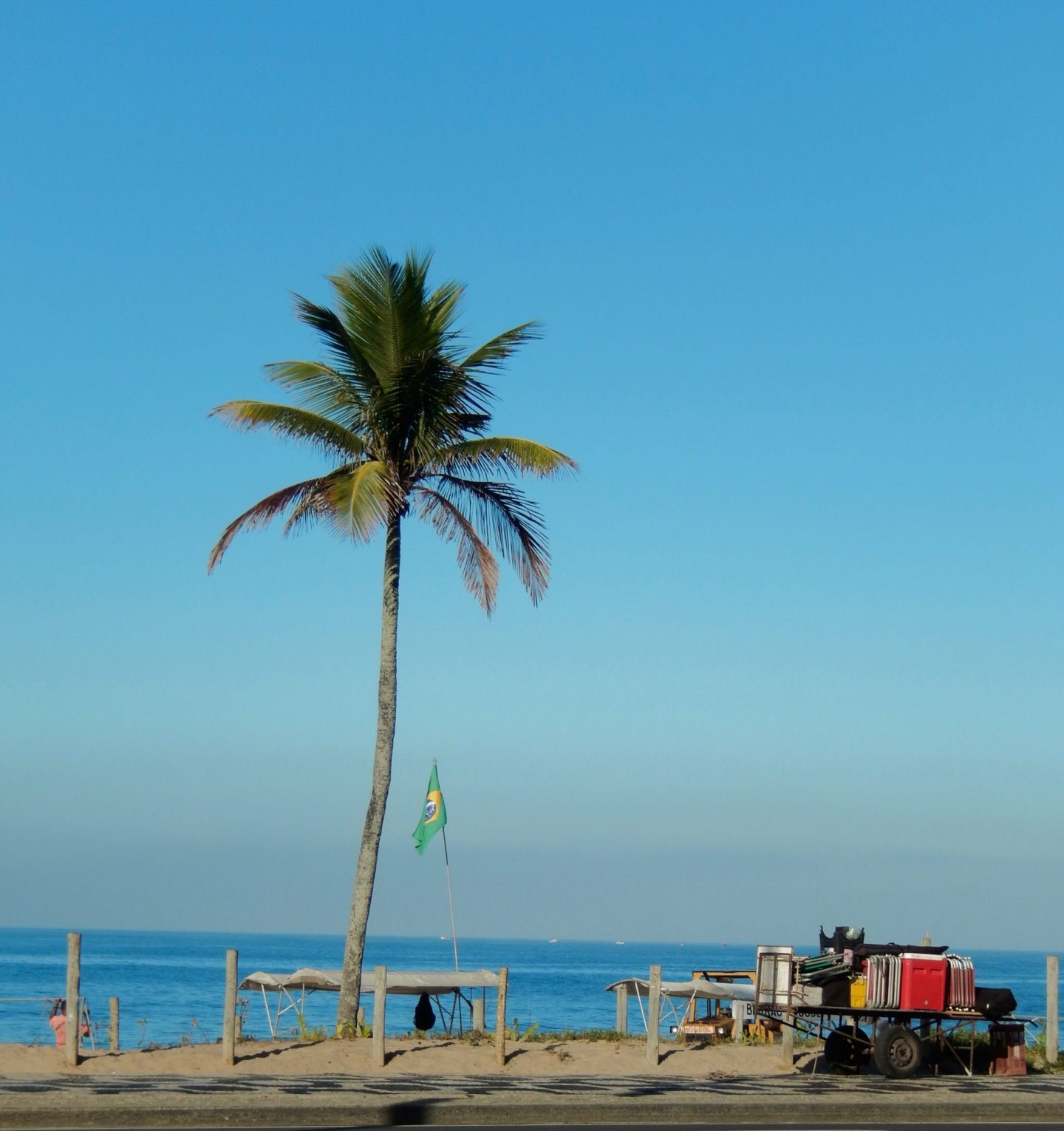 Nothing can illustrate Russia World Cup 2018 better than Neymar’s hair. It was all fun and games, with a bleached blonde straggles, until the big names started falling off like wildfire.

Bye-Bye Germany, Portugal, Argentina, (and even before the cup) USA, Italy … it is the year of the underdogs.

All in all this means the favorites, going for the 6th World Cup, are the Brazilian World Cup football team.

Now, Neymar has ditched the blonde streaks and switched to a serious-ly plain hair do. But enough about football odds: let’s talk about tattoos, peculiarities and family devotion.

This is everything you could ever need to know about the Brazilian World Cup Football Team:

Also if you are cheering for the Brazilian team here is a Guide to Brazilian World Cup Football Chants.

We nearly lost Neymar when he was involved in a serious car crash at 4 months old. This guy is a big Jesus fan, often sporting “100% Jesus” head sweat bands.

Neymar is the world’s most expensive football player, has 98.6 million instagram followers and the most sponsors out of all the Brazilian players.

He REALLY LOVES HIS FAM.

I mean we are talking tattoo portraits of his mamma, his sister, his dad’s eye, his kid on all his extremities. Let’s hope he doesn’t have too many kids, he’s running out of space…

Full name Marcelo Vieira da Silva Júnior, owes in his success to his top grandad. His grandpa paid for his football endeavors and was rewarded with a tattoo of his name on Marcelo’s left arm.

According to the football player he dedicates every goal to grandad, but also to his Brazilian lady …

We LOVE his hair. It definitely outshines Neymar’s…

Firminho (his nickname uses the diminutive form in Portuguese) has a Ferrari in Italy and is married to a Brazilian model, Larisa.

He first starred internationally in Germany and thus, opted for a German tattoo. Only … it turned out grammatically incorrect curtesy of google translate. It is supposed to mean, “família, amor sem fim”.

He is also the only player from the North East of Brazil, which is considered the poorest and most violent area of the country.

José Paulo Bezerra Maciel Júnior, known as Paulinho has his momma’s name tattooed in GIANT LETTERS on his right arm. Watch out for it, it is hard to miss and says ERIKA. Got it?

Having said that Paulinho has become our favorite. This interview he reveals the racism that he faced from rival European clubs in Lithuania. It brought him to the verge of quitting football forever.

Paulinho is a superstar, full stop.

Hailing from Rio de Janeiro in neighborhoods boardering the most famous football stadium in Brazil.

And that is why he has Maracanã football stadium on his right bicep and Christ the Redeemer.

Maracanã starred the opening and closing ceremonies of the Rio Olympic Games in 2016.

Known as “O magico” or the “Little Magician” because of his pure talent.

Silva already played in Russia under Dynamo Moscow, where he got tuberculosis he was so cold.

His tattoo is a colorful carp (that’s a shiny fish) on his right arm.

Apparently a symbol of courage, strength and determination this fish endured to reach his love making river.

He has three passions! Footy, cinema and science. What a complex guy.

In fact, he loves to mix religion and science because he knows they are compatible and complimentary.

Gabriel Jesus has a trait of doing a call signal after each goal. This is a sign of a call to his momma, showing he dedicates each goal to her. Only he recently sold the sign as advertisement to Vivo a telecommunications company.

Gabriel has tattoos paying homage to the poor favela where he grew up. On his legs there is the illustration of Jardim Peri,in the north of São Paulo city.

Fagner is the only player on the Brazilian World Cup football team, who plays in a Brazilian league team rather than abroad.

As a kid he nearly lost his arm when he cut on glass at 6 years old. Apparently he then went on to learn to play video games with his feet …

He has a giant dragon tattoo sprawled on his back.

Full name Carlos Henrique Casemiro, has a supermom who brought up the family alone.

Shockingly he has no tatoos.

A multitalented soul Willian (spelt with an N) also knows how to play the various samba drums.

For this reason he is called the “Samba of Chelsea“, where he plays nowadays.

The star goalie Allison, is from the bbq state of Brazil, Rio Grande do Sul. the is where the cows roam free as birds in the miles and miles of flat grassland.

Allison is married to a beaut of a doctor.

What the Brazilian World Cup football team can Teach Us:

So, folks if I’ve missed anyone it’s because I got tired. Everything was in Portuguese and the team seemed to have endless players. I believe I got the key stars.

Though through all this research what I have learnt is that almost all football players come from the favelas or extremely poor neighborhoods.

Therefore as a keen cheerer for Brazil’s development it is worth saying that were some people other than rich football scouts looking out for talent in the favelas, maybe Brazil would not be so backwards.

The favelas are bursting with potential, if only there were more people willing to draw out its versatile talent.