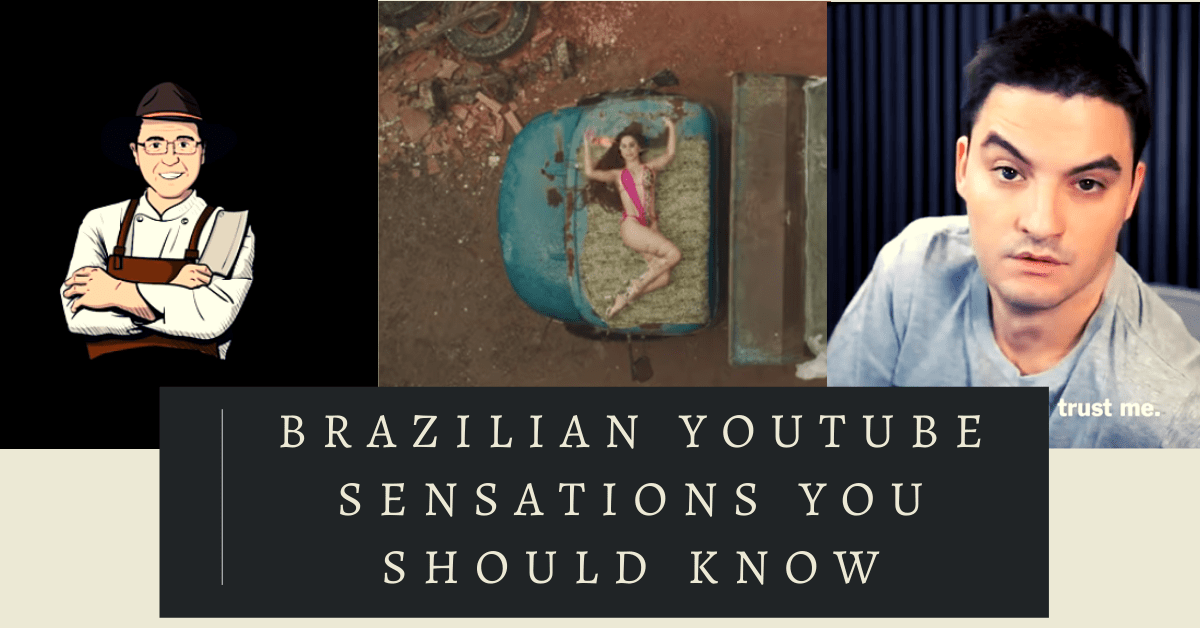 The US has the most YouTube users at 167.4 million, but it’s followed by 69.5 million Brazilians. Meaning one third of Brazilians are watching YouTube on the reg. Want to know what’s on Brazilian YouTube?

British Council suggests that in 2013 only 5% of Brazilians spoke English. That’s now inflated since the World Cup, Olympics and general ongoing expansion of English dominance in tech. But still, of those 69 million YouTube users they are mostly watching Portuguese content.

Want to know what they’re watching?

With 63.9 million subscribers KondZilla is a cult phenomena. A Brazilian YouTube channel dedicated soley to the Brazilian genre Funk, which is something between hip-hop, pop and rap with a lot of scantilly dressed dancers. Funk emerged in favela communities, originally informal settlements that nowadays house large swathes of the Brazilian population. The channel has a whole library of clips that can also show a glimpse into favelas. Learn about the movement in How KondZiller Took Funk Out of the Favelas and into the Mainstream.

Part of a Netflix short documentary series, Ghetto Entrepreneurs tells the story of 5 businesses that grew in the são Paulo region. The idea is to encourage young people to pursue their dreams no matter their circumstances.

Soundtrack to the Netflix series Sintonia and sung by the founder of the KondZiller channel. Just some classic Brazilian Funk for you.

A comedian from the State of Piauí, Whindersson rose to fame from his Brazilian YouTube channel in 2012. Famous for skits, standups and comedy songs he became the Brazilian with the most subscribers in 2016. He currently stands at 42.2M subscribers.

This was the comedy song that brought Whindersson into Brazil’s hall of YouTube fame.

Neto surfed to fame on the rise of Gaming Influencers. Yes, he plays videogames, commentates and people watch him. Some of his videos can reach 2 hours and his loyal band of followers lap it up. Now Felipe Neto has 41.7 million subscribers, but he’s founded several other YouTube channels expanding his reach.

Neto also dipped his foot in Brazilian politics. In the middle of the COVID-19 pandemic, Neto appealed to North American voters to stop voting for Trump, who in return was propping up right-wing president Jair Bolsonaro.

A YouTube channel run by a small army of Brazilian comedian actors. Porta dos Fundos uploads several 3-4 minute sketches a week poking fun at many aspects of Brazilian life. Access their website for a comprehensive breakdown of series, topics and cast members. The channel has garnered 16.8 million subscribers so far.

5. Você Sabia (Curiosities Around the World)

With 40 million subscribers Você Sabia brings together curiosities from everywhere around the world, in Portuguese. This Brazilian YouTube channel is split between science, comedy and popular culture. It’s very random.

18 Errors in Animations that You Never Noticed!, 7.1 million views

With 12.5 million subscribers ParaFernalha is another comedy skit channel. Brazilians like to laugh. This channel was founded by Felipe Neto.

How Not to Avoid a Mugging, 22 million views

Barbixas is the new era of gameshows. Immitating the mini comedy tasks of classics like Whose Line Is It Anyway, this is an excellent way to hone your Portuguese comprehension skills. The Barbixas team have 3.46 million subscribers.

A Guacho (from Rio Grande do Sul) Marcelo is a BBQ master. He has 613 thousand subscribers, but his videos hail hundreds and thousands of views as Brazilians all over crave his precious grilling knowledge. Next time you’re wanting to impress with an authentic grill, hop over to Marcelo’s Brazilian YouTube channel.

Anitta has performed with Iggy Azalea, J Balvin and performed at the Latin Grammy Awards and Rock in Rio. She now has a Netflix series on her life called Vai Anitta and 15.1 million YouTube subscribers.

With a name like Safadão (naughty boy), he was always destined for stardom, but he also began his career with a stylish swishing ponytail. Safadão has 12.6 million subscribers on YouTube.