What Is Cachaça? Should I Get Drunk on It? 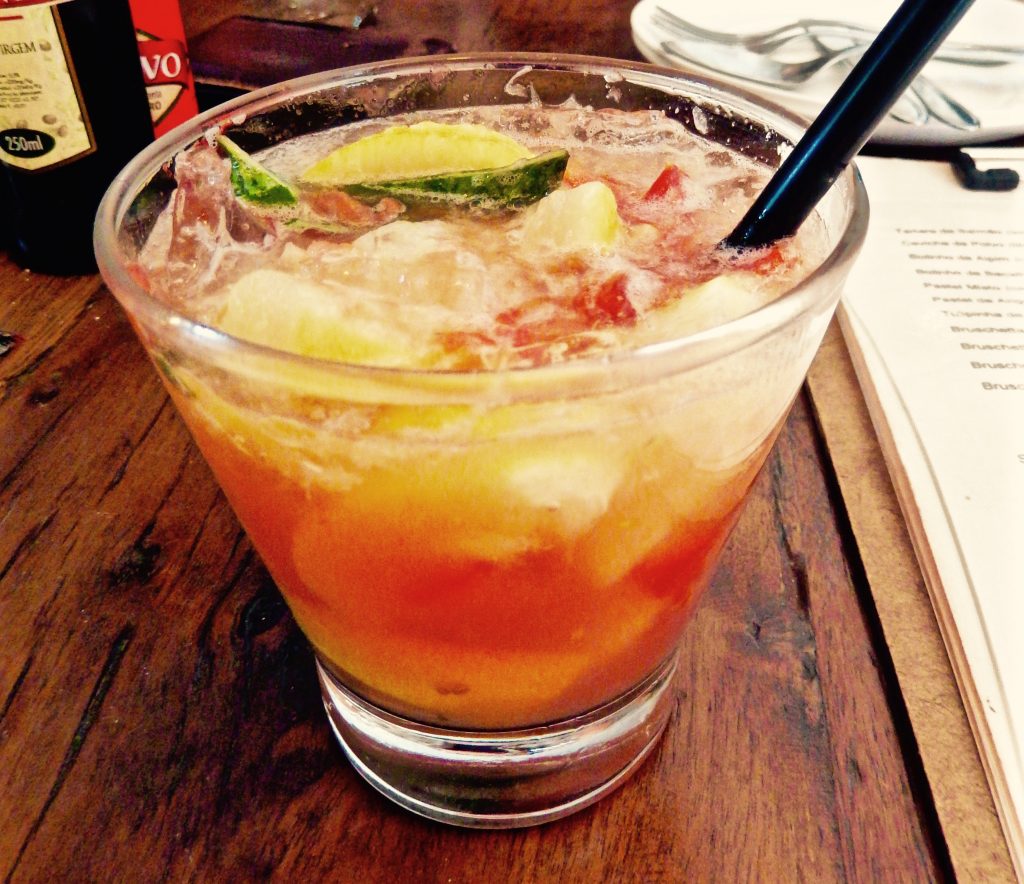 I’m well aware that caipirinha and it’s alcoholic better-half cachaça, is lagging far behind tequila and rum on global rankings, however, it deserves more.

You may need a little guidance, because occasionally newbies can suffer. Lucky for you I have suffered for you and can orientate you through the world of cachaça. You will be a happy cachaçeira (a drinker of cachaça or drunkard in Portuguese) and be coming back each year (week, weekend, go on … every day after Mondays) for more.

Let’s start at the beginning; a true caipirinha will have just three ingredients. Silver cachaça (not gold), sugar and lime. Shake them up good and pour over a glass of ice.

Drink with caution as you can’t taste the alcohol over the sweeeeet goodness of the fruit, and the sugar…

What Is Cachaça and Do I Want to Drink It?

Cachaça is a spirit that derives from sugar cane. It is a relative of its Caribbean cousin rum, in that they are both products of the sugar cane.

But then they go their separate ways.

Rum and cachaça vary as the first is a by-product of sugar made from the sticky, syrupy molasses that are left behind once the sugar is removed from the sugar cane juice.

Meanwhile cachaça is made from the sugar cane juice itself, which is refined and distilled until it transforms into our friend alcohol.

Cachaça was invented by Brazilian slaves who worked in sugar mills. In fact there are many other incredible Brazilian assets like capoeira, feijoada, the national drink, which also are attributed to the ingenuity of Brazilian slaves.

Should I Drink Cachaça?

As for the latter part of the question, it is up to your boldness whether you want to drink it! I personally believe to enjoy caipirinha you need only to ask the bartender the brand used and line your stomach well.

You need to pace yourself because cachaça can be up to 48% alcohol. It is not for amateurs. On the other hand, I also happily endorse Caipiroskas. Everything a caipirinha is, just substituting cachaça for vodka.

Vodka is a taste that goes with anything, that is, it has no taste, just the hum of the alcohol. Therefore you can mix up exotic flavors to your hearts content.

Cachaça is different because it has a pretty darn strong taste that can rally up your insides. Having said that, it can be beautiful with the right flavours. Therefore, lets take a brief review of where you can find cachaça that you can stomach.

Onwards and upwards into the depths of cachaça chemistry.

Let’s review the steps of how starting with sugar cane we can arrive at cachaça.

Sugar grows in tropical countries usually close to the equator. The sweet goodness of sugarcane is harvested from June to October. Cachaça is a winter baby (Southern Hemisphere seasons) as sugar cane must be juiced straight after cutting, cachaça is also born in these months.

Add yeast to the mix and in a mere 24 hours alcohol is born.

Basically heating the liquid until it evaporates then cooling it so it condenses again. Complicated sciency stuff.

Everyone knows things get better with age.

Silver cachaça is left to age in stainless steel containers. This is why it stays clear, adopting the name ‘silver’ cachaça. Jequitibá is actually one wood that doesn’t transfer color, but it does flavor and thus, remains in the silver category.

Special cachaças are aged in Brazilian indigenous wood barrels. Is there anything more exotic?

How to Become a Cachaçeiro

In Brazil if you drink a lot you are a cachaçeiro. It doesn’t matter if you don’t touch cachaça, this is a national drink twith a reputation, therefore anyone who drinks becomes a cachaçeiro. Friends, I believe we are ready to step into that role.

The 22nd President of Brazil Janio Quadros once said “bebo-o porque é liquido, se fosse sólido comê-lo-ia” or “I drink it because it is liquid, if it were solid I would eat it”.

Jânio Quadros, the 22nd president of Brazil, was frequently thought of as a cachaçeiro. He renounced his presidential position in a mere 6 months and some attribute part of the demise into dictatorship to his actions. As he fled his position his exclaimed his greatest last statement, “I am being haunted by foreign occult forces.”

Pinga is simply a countryside nickname for cachaça. Pinga com Mel is a gold cachaça mixed with honey. It is like shots of sherry in a baby’s milk bottle (I don’t endorse that, but one day maybe I will as a mum having a breakdown).

Perfect for chilly evenings and if you don’t want the fresh tangy twang of a cocktail. 3 shots for me and the night is over. Shots cost 5 reais, which is about a $1.50.

Milho which means corn in Portuguese is a wide staple food in Latin America in general. Unlike sweetcorn we have in the UK, this vegetable is not sweet, but a savory flavor often served with melted butter on the beach.

Mixing it with cachaça is a delectable balance. Almost earthy and oh so countryside this pale yellowy shot can goes well in the cold and warm evenings and will whizz you right back to the farmland reminiscing.

This is a cachaça infused with an Amazonian herb that many indigenous believe has medicinal properties. As you drink it sets off a tingly sensation in your lips and throat. Something like the sensation of Carmex or those lipglosses that have bee-sting in them. It may sound frightening, but fear not, you are going to feel aliiiive with this drink.

This is a gold cachaça and I like it with pineapple and lemon juice to soften the harshness.

The last spirit is actually both a brand and a city renown for cachaça production. Note down this name if you don’t want to fall into the trap of 51.

Steer clear of 51, if not you will not leave your bed the netx day. Due to being worth nothing, 51 is the cachaça that adorns most bar shelves.

Pay just a fraction more for a good brand like Salinas and those 3 syllables can save you from a head-splitting hangover.

There you are, all the steps you needed to become a cachaçeiro!