Denver on the Cheap 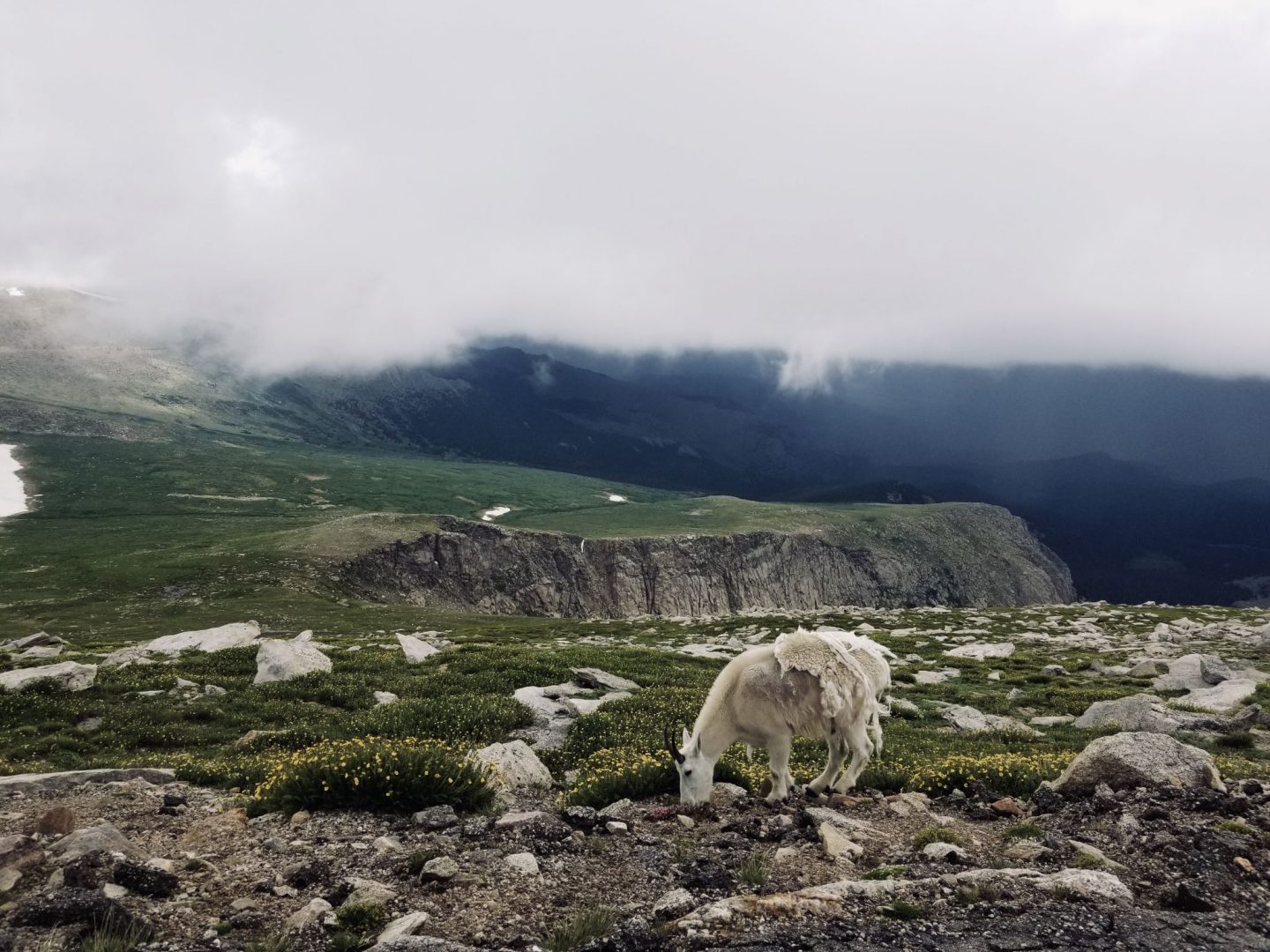 We live in Denver on a student scholarship and a couple of part time jobs. We have to do Denver on the cheap. So here’s a list of how to fill your days with not a lot of cash.

When my husband told me, he’d applied to study in Denver Colorado I stared down in disbelief at this dot of a city in the center of the US. I don’t come from a skiing family. On a school snowboarding trip I got the award for perseverance and my dad is ever-traumatized from a fall on a business ski trip. So, though our skiing friends all buzzed hearing we were heading to the foothills of the Rockies, I was more reserved.

It’s not just snow though. It is 30+ degrees celcius summers, sunsets of dreams and the door to the US Mid-West. Denver is a city whose population has puffed 21% over the last 10 years. There’s 2.9 million people living in the metropolitan area of Denver. Nearly 3 million people aren’t mistaken.

Now the highlights on seeing Denver on the cheap.

There are several high quality magazines that cover Denver and the surroundings. I could never offer such a detailed overview as the multiple writers dedicated to their content. Use them as inspiration for brand new entertainment and offers in and around Denver.

5280 Magazine is dedicated to bringing up-to-date information and lifting up businesses in Colorado. Their First Time Guides has all the information you need for hikes, national parks and more.

303 magazine highlights culture and entertainment around Denver. They have a tab featuring what to do specifically in each neighbourhood of Denver.

A Thousand Things To Do in Denver is run by Kayla, who balances it with her full-time career. She does a great job of highlighting small businesses and new restaurants and bars around town.

Westwood Magazine is an overhaul of cultural highlights and news headlines.

Colorado is a different kind of America. Coloradans are slim, hiking gods who spend their weekends scaling the mountains and stuffing themselves on organic/ non-GMO delights. From spring onwards as the snow melts, the crowds pour in to the hundreds of hiking trails. There’s plenty of nature to go around though and areas to accomodate any skill level. Hiking and walking are ideal ways to make the most of Denver on the cheap.

A couple of key notes are that the Rocky Mountains generate their own climate. In the summer, this means afternoon thunder and lighting storms. Make sure you are below the tree level before these storms roll in and even better, safe inside your car.

Stunning Flat Walks in the City

The High Canal Trail: this is a 71+ mile (114km) trail that zigzags through the heart of the city.

The Rocky Mountain Arsenal: a 15,000 acre nature refuge that sits on the plain above Denver city. You can drive through the wildlife self-tour in about 45 mins. There are 10 miles of flat hiking and an area of marshland to spot dragon flies, birds and fish for a small fee.

Wash Park Loop: one of the most desirable neighbourhoods. Ogle at the muli-million dollar houses that circle this spot of greenery in South Denver. The loop is 2.3 miles (3.7km) around two lakes. There are separated lanes for cycling/ rollerblading or jogging/ walking.

Cheeseman Park: sits on the doorstep of the Denver Botanical Gardens with views of the mountains. It’s popular with dog walkers, but the trail isn’t wide enough for running comfortably. In the summer though, you can set up volley ball nets and spread out on the lush grass to watch the sunset over the mountains.

Garden of Gods: located just outside Colorado Springs the famous colorado red rocks jut out and tower high above this free, flat park.

Waterton Canyon: a flat well-paved trail that accompanies the South Platte river and ends at the Waterton Dam. If you go in the winter or autumn months you may see Big-Horned Sheep and mountain goats.

Chief Mountain: a 9,000 ft mountain with incredible 360 views of the Rocky Mountain peaks. The trail is just 3 miles (5 km), but has a continuous incline that sums at a 961 ft elevation gain. Go from June onwards when the snow has melted. It can be tough for those not aclimatised to Colorado’s altitude.

Mount Sanitas in Boulder: Just over 3 miles (5 km) with 1,256 feet elevation gain this is an easily accessible trail. Stop off in Boulder for lunch on the way home. Acreage by Stem Cider Brewery (slightly pricey) has an outside patio with the backdrop of the foothills in the distance.

Genesee Park – owned by the city of Denver here you can see the resident herd of bisson. Drive to the top of the mountain and take a non-strenous walk in the cool mountain air.

The National Park annual pass is $80. You should calculate about how many parks you will visit in the US to see the cost-benefits. Multiple days in more expensive parks like Yellowstone are definitely worth the annual pass. You only pay per vehicle, so you can split the cost with your passengers for the cheapest entrance.

The Annual Vehicle Parks Pass is $80 giving access to all these parks. Alternatively, it can be up to $11 per vehicle per day.

Museums and the Arts for Denver on the Cheap

Please note that some venues are currently closed due to the Covid 19 pandemic and others require you to book online.

Arts and Entertainment in Denver

First Friday Art Walks in Santa Fe. The neighbourhood opens its galleries on the first Friday of the month for free entrance. You can browse the boutiques and local art scene and enjoy some of the local eateries at the same time.

The Newman Center for the Performing Arts at the University of Denver has a diverse set of 24-26 shows a year. The tickets are a bargain and they showcase pieces that aim at opening discussions on national debates. Such as Undocumented Americans and mass incarceration in the 2019-2020 season.

The Denver Performing Arts Center gives a discount for under 30s. They bring the Broadway Shows to Colorado including Hamilton.

Free entrance to Colorado State Capitol. Anyone can enter the congress and self-tour the marble corridors of the legislative building. Pick up a leaflet as you go through security.

Elvis cinemas are a great Denver on the cheap evening. Just $4 each for entrance.

SEI Film hosts international festivals and independent movies. It’s $15 a ticket, but they showcase more thoughtful entertainment and it supports a local business.

Denver Museum of Nature and Science is $20 to enter, so it’s not cheap. There are however, some free days scattered through the year. It’s worth going to to study the dinosaur fossil section and mid-west wildlife taxidermy.

Dinosaur Ridge (30 mins walk) is free and located just outside the city. You can see dinosaur footprints preserved in the rock walls and the layers of rock telling the story of millions of years of geology.

Free days at museums, zoos and parks are spread sporadically throughout the year. Once a year Free Night at the Museums gives free access to 16 museums and galleries around Denver and provides free public transportation between the venues.

The Colorado Rockies Baseball matches: you can get Rockies tickets for as low as $20. Even if you’re not into baseball, the between-pitching entertainment and view from the stadium to the mountains is enough. Skip the food and drink for a cheaper evening.

The Nuggets basketball: the basketball season runs from October to April and Denver matches take place in the Pepsi Center. Sit high up and you can get Nuggets tickets for $25.

There are cheaper alternatives to The Broncos American Football and Avalanche Ice Hockey. Alternatively tune in to the highschool leagues, which often have a large investment and feature the national players of the future. DU’s hockey team has won 8 hockey leagues and certain games are a bargain. Watch the Broncos at a bar and head to the stadium for a different event.

There are plenty of free tennis courts around the city on a first come first served basis. Try Wash park, Cherry Creek or University Park. Where there is tennis, there’s also usually a basketball court, all free of course.

In December and January there’s free or cheap ice skating both at the airport and in the town center.

Transportation in Denver on the Cheap

From the airport get the RTD lightrail for $11. The rail serves downtown or another good option for accomodation is Baker neighbourhood just off Broadway. It’s a young professional area with plenty of restaurants and nightlife. Airbnbs there are cheaper than in the rather quiet downtown.

Renting a car is advisable to get out to the hikes. But rent for cheaper by heading to one of the local rental agencies, rather than the airport. Enterprise have branches on East Evans and Broadway.

The RTD light rail costs $6 a day or $3 a trip (valid for 90 mins usable on multiple buses/ trams). It is useful for reaching downtown, the Tech Center and the airport.

As far as food goes, you can head to Aurora for cheaper and diverse restaurants from around the world.

Taco Tuesday is observed around the city. We love Adelitas and Uno Más Taquiera.

Many parks have an area for you to BBQ, but bear in mind there is no alcohol allowed in public spaces.

Find authentic Mexican at La Calle Taquiera e Carnitas. Buy lamb or goat by the pound to go (the restaurant is pretty packed).

Not so cheap, but two rites of passage in Denver are Snooze AM Eatery for Brunch and Union Station for the architecture and history. You can also catch a train to Chicago!

Read the extensive list of bargain eats by 5280 magazine.

Eater Denver features a list of Happy Hours in Denver.

Local crafts at the Denver March Powwow in Denver Coliseum.

Arc Thrift Store has 31 locations around the city and in surrounding areas.

What other things can you do for cheap in Denver?