Surviving the Old World: Advice on Living in Italy 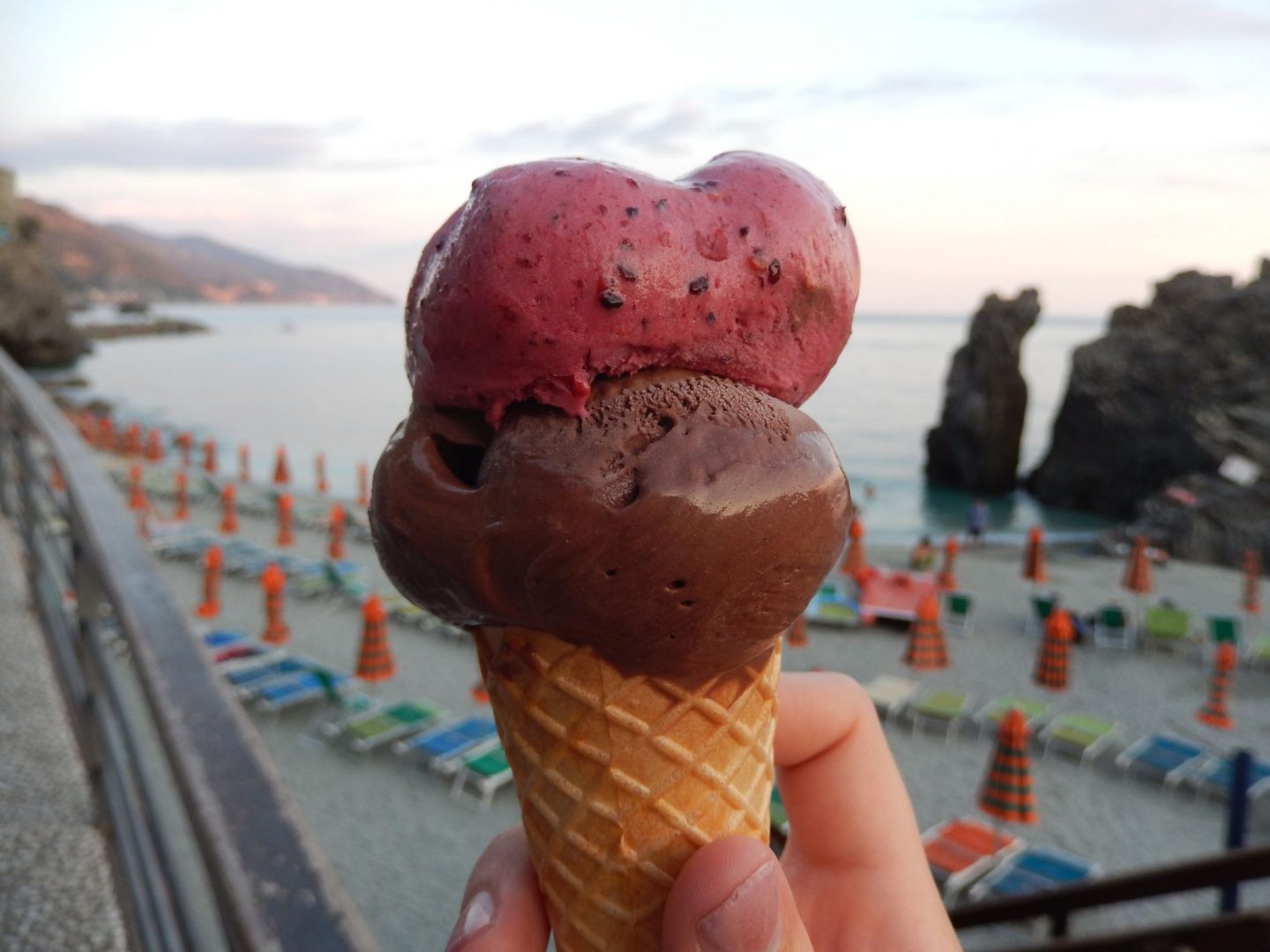 Advice on Living in Italy!

[lo_drop_caps style=”square” tag=”p”]On the eve of leaving Italy I scribbled down all the lessons I had learnt while settling down in the Old World. You would think that the little boot shaped country, the original center of modernity wouldn’t throw you too many curve balls. Reconsider.[/lo_drop_caps]

Anyway, it’s not all downhill, actually it’s a lot of uphill especially if your stomach wears the trousers in your life.

1. The Small Gelato is Plenty of Gelato

Firstly, the smallest ice-cream size is not these tiny pea sized portions, but two glorious giant scoops of deliciousness.

Meaning … you can choose two eye-popping flavors. Take it slow, one “piccolo” (small) gelato at a time.

On another note you should pay at the cash till first, then head over to the counter.

Also, the fruit flavors are lactose free! (almost everywhere, don’t get into a lactose pickle on my account)

My favorite flavor is melon, it’s light orange and refreshing, like a sprinkler in a heatwave.

Coffee in Italy is like a shot of caffeine.

You should order at the bar and “shot it” at the bar, usually.

In my humble opinion Italian coffee is the world’s best and that’s why I have an Italian coffee machine in all 4 countries where i’ve lived long term. At the same time, customs are customs and a thumbnail size coffee just doesn’t appease my insatiably hungry/ thirsty belly.

Therefore, if like me you need a bigger cup, go for a “caffè lungo.” It’s like a small single expresso.

Want a jug of coffee? You will need to go for an Americano. Italians are all that good at making Americanos though.

Unlike many countries, in Italy you don’t need to buy your train ticket much in advance. We would buy the day before.

Trenitalia is the national rail company where you can buy your tickets.

You can use the app to show your ticket on the train or even just the pdf download to your mobile. In fact, they encourage people not to print, so you won’t have to beg to print anything at your hotel.

You can also buy through PayPal.

4. Buy Ticket Before Getting on Bus

In the big cities you can’t buy the ticket on the bus, so instead you should buy from a Tabacchi store or newsstand.

In small towns you can buy from a machine onboard, though you will pay a premium (30p extra). If you buy before boarding, once you get on the bus you need to validate your ticket by inserting it into the machine.

If you don’t need a reservation, you are probably in the wrong restaurant.

We quickly discovered that if you wanted to step foot in the restaurants that locals opt for, i.e. the best grub around, you’ll need to call beforehand.

You can reserve the same day and it is best to just give them a call. Restaurants open at 7pm and get packed by 8:30pm.

Likewise, lunchtime hours are pretty strict. Once we got a flat tyre and arrived 14:30 in the only restaurant around. The owner hmmmd and arrrrd for a good 15 minutes before he let us take a seat.

In general we can find a seat at lunchtime without a reservation, but often call just in case.

Peer around at dusk in Italy and you will see a swarm of wine glasses filled with orange liquid. I only ever saw this drink at weddings. In Italy it is a very seriously taken evening ritual.

The Italians are out for Aperitivo, which is not a meal. Just a drink and some nibbles. Some people say you eat, but my appetite begs to differ.

It costs about 8 to 10 euros and is a social event, where you sip orange liquid and talk about the qualms of your day.

The whole of Italy is PRACTICALLY A HISTORICAL CENTER!

This “Varca” patrols the Limited Driving Zones. When the fine is in place, but the Varca turns green you can drive in. However, if it shines red you cannot enter unless you get a permit.

My dad received a fine of 180 euro once when we were searching for our AirBnB in Pisa.

He was not a happy bunny.

In general, you shouldn’t need to enter historical centers by car anyway. There are usually huge car parks outside or at the bottom of the hill (did I mention Italians love to build towns on massive hills?) then you catch a elevator or escalator up.

The parking wardens are very prompt. Sometimes as you are buying your parking ticket you can see their heads bobbing towards your car in the distance.

Fines are probably the means by which we contributed most to the Italian economy. I don’t doubt it is the case for many hundreds of tourists too.

Note, if you do get a fine head down to the office within a week to pay a lower fine fee.

Every time you drive onto one of the toll roads (which are worth using to avoid the insurmountable pot holes no public roads) you will receive a card. Once we weren’t prompted to get the card and the barriers were up. This was a mistake, because on leaving the motorway you will pay the maximum amount possible for entering the motorway.

And this can be all the way up in France and you are looking at 100+ Euros.

We resolved it at the main office, but it wasn’t easy and if you are vacationing you probably don’t have time for a trip to the office.

Also pay for the toll with credit/ debit card. It’s so much easier than scrambling around for change all the time!

11. Breakfast is a Fleeting Affair

The highlight of breakfast is the coffee, which as I already mentioned is a wee thing.

So, if you pay extra in your hotel to have breakfast included, maybe think again. You’ll get some toast, some salami and some cold pastries.

Instead, head to a real bakery for breakfast and get a panini and coffee. It’s much more filling and is probably the same cost.

12. Don’t Expect to Eat a Primi and Secondo.

That is, unless you have a infinite pit for a stomach.

When you sit down the waiter will bring you bread and olive oil. Add that to a dish of pasta or meat and your entering into the dangerous prospect of rolling your way home.

So, make the quick decision: is this a pasta day or a meat/ fish day?

There’s a lot going on in an Italian menu so you can read my more detailed Guide to Decrypting the Italian Menu, for clarity on the matter…

The waiters were the extended family of La Nonna and they were NEVER going to take a bill to anyone’s table. This couple sat there for probably an 40 minutes waiting…

The moral is when you finish your food and in good time (truthfully you can take you time) you amble to the till, say your table number and leave. The tip is even automatically included in the “coperto” charge (you can tip extra if you want).

14. Someone Owns the Beach

The beaches in Italy are stunners, but that perfect line of stripy umbrellas is only free for your eyes. Step on those beaches and you’ll have to cough up to use the facilities, chairs and umbrellas.

While living in Italy we once attempted to swim on a private beach and the guard was swiftly on our heels. I had barely pulled off my shorts, when his scary little face was telling us that there was no more room on this beach.

Anyway, among these luxury beach resorts there are little strips of sand reserved for those who bring their own towel. If you are a rebel you can swim into private beach space.

What are they going to do! A small triumph for us to say the least.

In sum, sun-beds are about 7 – 10 euros and an umbrella is the same. Sometimes you pay a flat fee of 50 euros to spend the day using a pool etc.

Several times rental companies refused to rent us a car. Despite already paying, they denied because they did not accept licenses from outside the EU. Henrique has a Brazilian driving license (in Portuguese, a European official language).

For some reason, the Italian police have begun a scheme of confiscating cars of foreigners who don’t have international driving licenses.

In my opinion, it is wrong on many levels – read about the Vienna Convention on Road Traffic to check the facts. If you are living in Italy or visiting you can drive for 6 whole months before transferring your driving permit, technically…

However, with the loitering police in mind, the smaller rental companies have stopped taking the risk.

Therefore, either fork out the money for this International Driving Permit or for less trouble use Sicily Cars and Hertz companies.

16. English ONLY IN ROME

Honestly, all the movies are dubbed and English is not taught well in schools. Every country to its own and I know England is MUCH worse on the language front.

However, firstly I strongly advice to travel away from solely tourist places and go to places like wine retreats.

Learn the Italian menu slang; simple courtesy phrases, and smile. Get google translate out! Just be warned that English is not necessarily understood nor spoken.

Get yourself on an Italian course pronto because even speaking Portuguese and Spanish I found it wasn’t a walk in the park.

17.  Pepperoni is Red Peppers (the vegetable) not Hot Spicy Meat

We got sad one day when we ordered the pepperoni pizza. It came lavished with red and yellow peppers.

You want the Diavolo – red devil – much more justly named, to be fair.

Also, Pizza Bianco is made without tomato sauce.

Don’t joke with those queues, they are hours long.

Get the tickets online at a marked time and stroll right in to the front of the line.

For those of you living in Italy on a temporary visa, such as students, you have 7 days to get to the post office and fill in a permesso di soggiorno kit.

This kit is sent to the police and you will receive a printed out receipt and appointment to go to the federal police station. On that day you take all your necessary documents and complete your registration.

You can put a tentative address on the original form, but a month later you will need to show proof of residency.

Ok this is a cheat, but this blogger explains some fantastic ways to eat on the cheap in Italy!

More on Living in Italy

Want to know more? Read my interview on moving from Brazil to Pescara and living in Italy here: Expat life in Pescara and Macerata.

Living in a slice of Italy where few tourists and even less expats tread led me to publish a series on Italy’s Secret Regions. Why not give them ago?

Finally, are you an expat looking to rent your home while you travel? Airbnb let me travel the world while paying off my mortgage and I wrote a 101 guide on everything you need to know to become a super host on Airbnb.