The Perks of Marrying a Foreigner 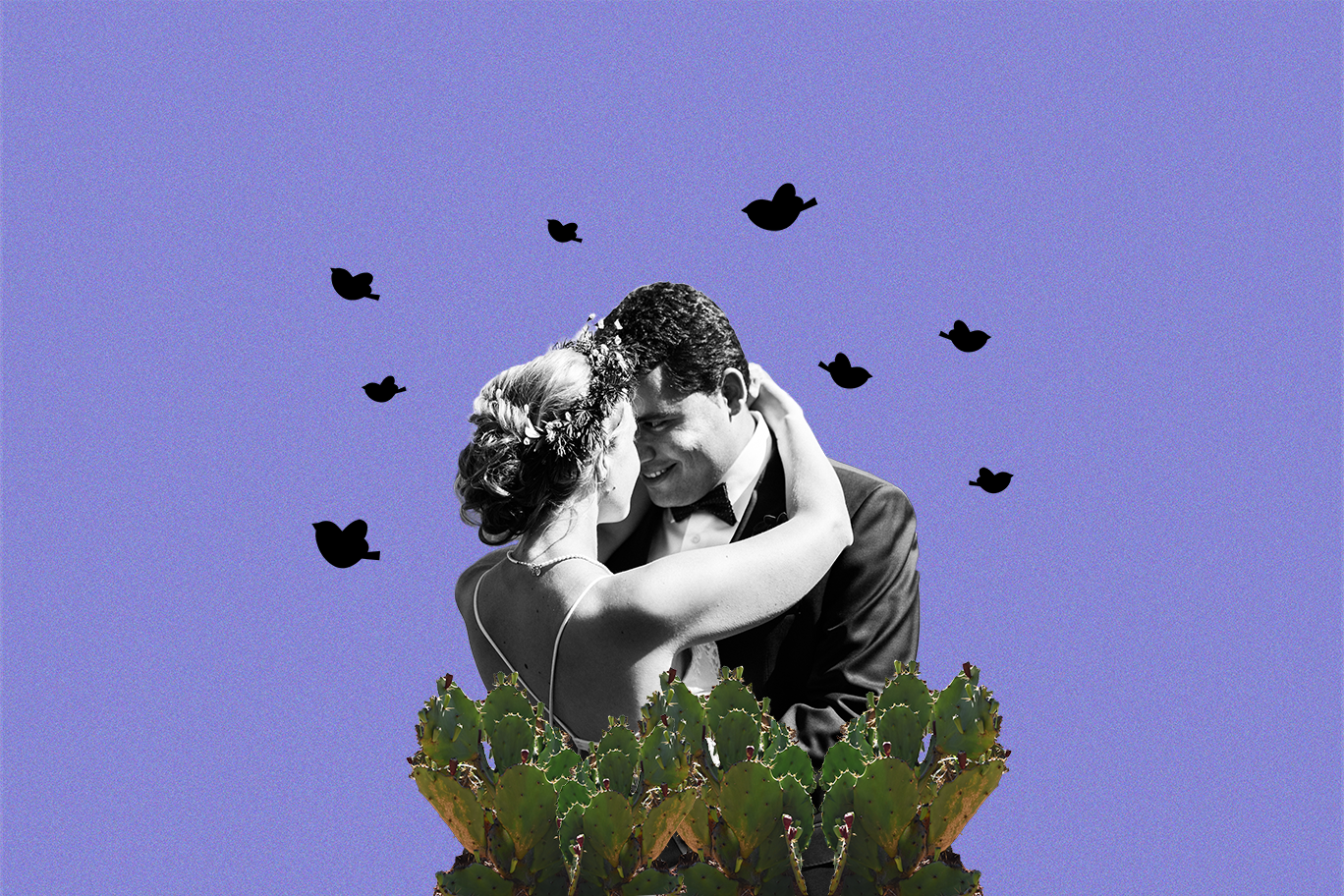 Normally, a couple might argue ardently about the toilet paper over/ under quarrel. Undeniably a worthy dispute. But in comparison, your marriage is like scaling a cliff alongside a waterfall. You cling on with all your might, yet your hands repeatedly slip from the slimy rocks.

You’re climbing and then realize your partner eats cold slices of cheese for breakfast. Whoosh, you slip and fall flailing through the air dropping several metres below. Husband throws you a rope of salami and cheese and you realize it’s not such an abomination as you chomp yourself back to his side.

Then, you reveal that a vacation may encompass a tent and communal bathroom. He’s gone, bobbing several feet below in outrage. You yell down “they’ll be copious amounts of alcohol and BBQ.” So, he claws his way back to you. The pattern continues – Christmas involves fish, husband pays to use a beach shower, Grandma insists on teaching you aerobic exercises that double as household cleaning chores. Each time you stumble, a rush of adrenalin keeps you inching forward in anticipation for your next hit.

You need to be curious, as your partner (and indeed yourself) comes with some strange baggage. In my case, my Brazilian husband cheers my day with his oh-so-nearly fluent English.

Mid argument “he is just an escape goat.”

Or as he’s mid call to the pizza delivery informing them, “we don’t have a buzzard, so you’ll have to call when you arrive.” And I quietly stretch for the sticky notes to jot down that it’s a buzzer we lack.

But I don’t get off so easily. Once Henrique called me up in glee about a Portuguese essay where I’d switched “to like” with “to orgasm.” Frankly, what kind of a language has those words so easily muddled?

We are an unstoppable team.

There are the positives. You can have secret conversations devised of a concoction of both your languages.  I can confidently belt out the wrong song lyrics because he’s none the wiser. The mundane can become exciting when seen through your partner’s eyes. For instance, one summer we took to night walks in my home town and on route we’d spot 4 or 5 foxes creeping through the deserted streets. And it wasn’t any less exciting than when Henrique took me to track wolves in his home state. I snap pictures at the humped Brazilian cows, and he pulls over to watch the fields of munching, British sheep.

There are the negatives. Balancing families in two different countries. Different views on household help. And a highly differentiating outlook on what is considered rude or not.

Marrying a foreigner is a rollercoaster of questions, correcting misplaced words, and accepting new traditions. It’s true my beloved British potatoes have been mostly replaced with rice and sometimes Henrique’s appetite aches at the absence barbecued chicken hearts.

You won’t seamlessly plod on with life, but you have a chance at living an entirely unexpected one. Marrying a foreigner is a ravenous addiction.