Redistribution of Wealth in Brazil 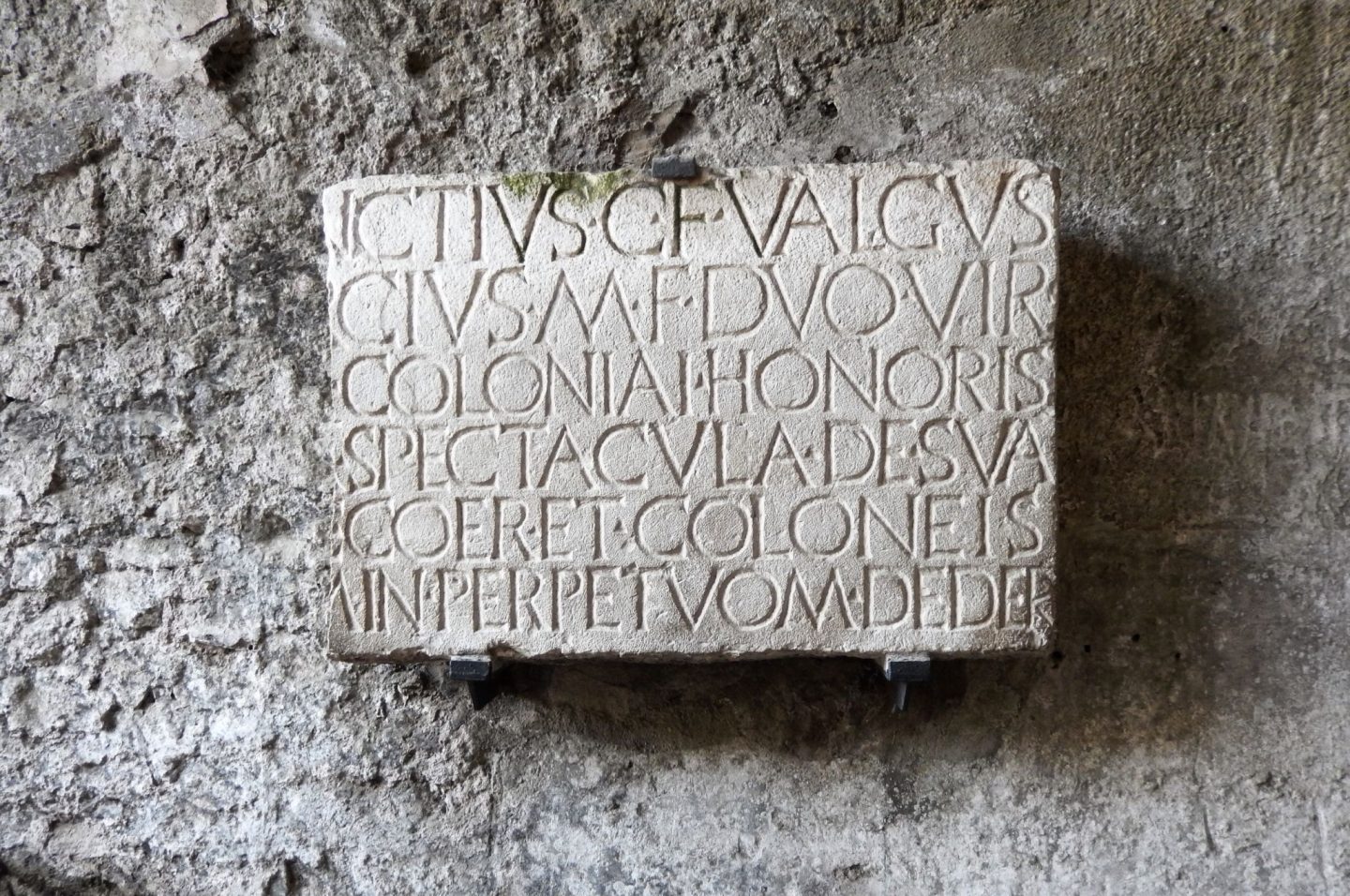 A Peaceful Path to Redistribution of Wealth

As brows worldwide furry with concern at Brazil’s new political leadership, Brazilian voters and electors alike are brandishing a badge of self-righteousness. Cue, Brazil’s presidential campaign’s buzzword, “Morality Crisis.” Newspapers, academics and politicians reeled off the declaration that the reason for Brazil’s turmoil and soaring crime levels came down to a morality crisis. This is veritably accurate, however, as the masses point the finger at corrupt politicians and criminal assailants, it is perhaps the upper class society that should take a long look at its moral stature.

Brazil has a sociological infrastructural dilemma. One mirrored in the precocity of Favelas that have no sewage system yet stand arms length from multimillion penthouses. The inequality should have been dealt with in 1888 with the abolishment of slavery, but unfortunately was perpetuated until the present day, when high class Brazil blame the poor for their own poverty.

Instead of assuming at least some sort of a reintegration policy post-slavery, Brazil did nothing to integrate the Afro-Brazilian population into the free job market. At least the USA tallied with the idea of amends by introducing the “40 Acres and a Mule policy”, granting prior slaves a portion of heritage. Granted, it was mostly a failure, but Brazil made not even this dismal attempt at redemption, a wink at the society’s position towards the less affluent part of population. The result meant free men and women found they had to return to work with minimal salaries for the same landowners, becoming perpetually indebted in the struggle to pay for the new burden of housing and food.

Others in Brazil have called for meritocracy as the only release from corruption. However, meritocracy only becomes effective if everyone begins on a level playing field and evidently Brazilians have never been. Another disturbing dialogue in the past year has been “eu cidadão de bem,” or “me, the good citizen.” It is often used in conjunction with a self-pitying statement about the speaker’s sufferance because of another “bad citizen.” It begs the question of what scenarios led the the citizen to become a “bad citizen” and whether there was actually any choice involved at all.

Donations and Legislation that Demands it/ The Rich and their Legislation

Choice is permitted to those who have social mobility. In Victor Hugo’s 1862 novel Les Miserábles, readers lament over the injustice of a man punished for stealing bread for sustenance. Why then, do our morals differ so between a literary fabrication and the reality around us? How can we judge so harshly people who have no choice in where they are born in society?

Income tax is arguably, the deciding factor in balancing the scales. It is common belief, both within and outside of Brazil that Brazil’s taxes are high. Though true on consumables, it is actually far from true regarding income tax.

According to legislation unaltered since 2015, those earning below 1903.98 Brazilian Real ($500) are exempt from income tax. Followed by varying percentages until a maximum cap at 27.5% at a relatively low 4.664.68 Brazilian Reais ($1.252) per month. Translating that anyone earning above this will pocket over 70% of their salary.

Compare that with other countries, for instance Sweden which charges the highest income tax at 60% maximum, whilst countries like France, Germany, UK and USA hover between 45%- 50+%. Thus, above a certain threshold Brazilian citizens are free to stash their treasures behind their fortified security gates. Life in Brazil is expensive for those who have little and insanely profitable for those that have a lot.

This is not the point, however, that we begin soliciting for higher income tax. Such an approach will undoubtably step on the toes of the millions of people who voted for Bolsonaro in a stand off against the corruption, ripe in the previously elected Workers Party. It seems that if citizens cannot watch their money trickle directly into the services they personally require, that money, in the opinion of many, can befittingly be deemed as stolen. In a large country with such stark discrepancies in income between regions and between neighborhoods, the alternative could be to offer each citizen the autonomy to choose where their money contribution goes.

On moving to the USA we began to watch the Late Show, which is a comedy talk show, as a means to understand better the culture and news of our new home. And, though as a Brit the humor was at times questionable, there was an aspect that I couldn’t get out of my mind. It was the shows latest charity campaign, something so fundamental to the USA, it jumps out periodically throughout your daily routine. Be it paying for groceries, tv commercials, pop-ups on websites – all soliciting funds.

On the Late Show it was the host Stephen Colbert drumming into the audience their new book, all proceeds of which were destined to charities. “Whose Boat Is This Boat?”, is currently the 4th most sold book on Amazon. It is a collection of quotations said by President Trump in the midst of a hurricane disaster. But the contents are largely irrelevant, because the aim of the book was to raise money. Reading reviews indeed the contents seem a bit of a sham, yet it doesn’t matter because people wanted to help financially.

Similarly, headlines this November pointed to the considerate donation of Michael Bloomberg (ex-Mayor of New York) to John Hopkins University, of US$1.8 billion. This is the greatest single donation ever made to a university. Undeniably generous, but it begs the question of how benevolent was it? Surely, the inherent good is not a trait exclusive to North Americans, after all Brazilians are known for their receptivity.

It brought forward a question therefore, about how the culture of charity has been imbued in the USA and numerous different countries and it isn’t cultural. No, it has been assimilated into society as a norm.

But why then, is such an attitude not assimilated into Brazilian society?

World Giving Index – the world on the generosity map

The World Giving Index is a study that takes into account three factors: willingness to help a stranger; donations of money and volunteering for a social cause. Of course, population size is also controlled for, thus, starting each country on a level playing field.

Though Brazil remained low in all 3 cases, being ranked the 75th country in the World Giving Index, it scored even lower at 85th place in donating money. Some might argue that the issue is a lower disposable income, however, the top ranked country was Myanmar with a GDP of USD$69,32 bilhões, whereas Brazil has a nominal GDP of US$1.909 trillion and the 9th greatest GDP in the world. Furthermore, countries with much higher levels of poverty such as Kenya (3rd), Sierra Leone (12th) and Myanmar itself, which has 32.1% of the population living below the poverty line and Brazil has 3.4% living in poverty (Most recent study by World Bank 2015).

Obviously, it is vastly difficult to pinpoint a single reason and would be naive to do so, but there are certain major factors that are flashing at us like glaring headlights.

So why is so much given in USA and so little in Brazil?

A combination of incentives and “permitting choice” can account for one major difference.

The USA maximum tax deductible is 50% of an individual’s taxable income. In comparison, in Brazil the maximum benefits lie at a measly 8%. By all means, there is no-one impeding citizens in either country from donating more, however, in reality a donation above 8% and the Brazilian will be giving away twice as much as their North American counterpart. At least up until they bequest 50% of the taxable income.

It is not a fact of generosity, is a simple mathematical equation.

Moreover, there enters the question of bureaucracy. In the USA you can donate to the charity of your choice directly and will need to retain receipts, bank statements or written acknowledgement from the registered charity. These documents are your verification when filling in your tax return.

Whereas in Brazil current legislation demands that you make your donation to a local, State or Federal fund, project or program, who will then redirect the money to your chosen entity. Basically, the money must first pass through a government agency or an accredited one before it can reach your chosen destination.  Forcing people to give money to a government with an approval rating of 3% is highly likely to be unpopular.

In a country with low social capital and currently undergoing several corruption scandals, the most prevalent being “lava-jato” (Car-wash scandal), there is certainly reason for Brazilians to hesitate before donating. If your money must pass through a middle man, one in which you can’t necessarily be guaranteed transparency, suspicion could halter even benevolent individuals.

So, where is the incentive to give?

In fact, there are many more disincentives that are pulling Brazil further and further down the World Giving Index.

So far it is clear that the government needs some reform in legislation of tax deductibles, but there is another layer to the debate.

Giving tax benefits will in the end just redirect where your money goes, not make you richer. A major pull factor in donations comes from a belief in the entity or the cause. Therefore, though the money will not get any greater in quality, that would need a readjustment of income tax limits, it could bolster belief in the possibility of improving Brazil as a nation.

Say for instance, a citizen is paying his taxes for 50 years and though the country is improving in certain areas, he can’t tangibly see the difference, since his money is spread thin in a country the size of Europe. Whereas, as soon as the individual donates a generous sum to an entity, say a library for a university, he can physically see the benefits, increasing moral and the incentive to donate again.

Building Civil society is capacitating each individual to further the greater good of society. It is done so, through bottom up approaches and grass-roots movements. Therefore, supporting third sector entities, institutions or foundations needs to play a role in society and encouraging financial support from citizens is a perfect way to do this.

Read more of our work on Building Civil Society here at WorldDenver.

The choice allows people to funnel their funds into sources that they trust and whom they believe have the capacity to manage the resource to achieve their shared vision.