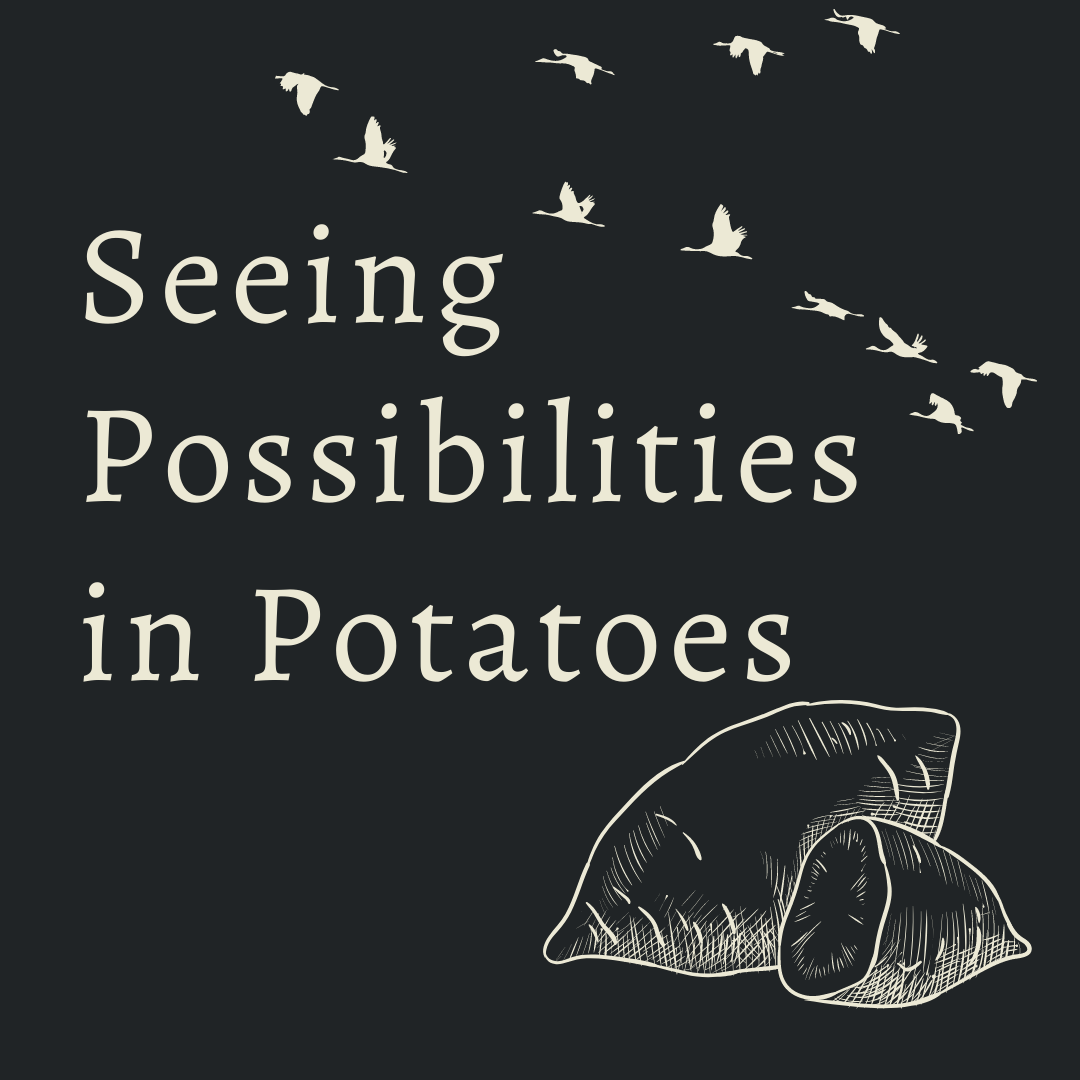 I’ve had a slogan rattling around my head since our road trip in July. We saw it on the shores of the Columbia River that separates Idaho from Washington State. I was feeling unstable because I’d sadly just squished a ground squirrel, my first and only roadkill, and I saw the sign of hope.

And it just stuck.

Now potatoes are big in the US. Take Idaho for example, produces 13 billion pounds per year and one third of US’s potatoes. The State is so pumped about it’s potato production that their car number plate says, “Famous Potatoes” and all 600,000 car owning Idahoans agree to drive around with that.

Potatoes are the real deal.

As a Brit, I’m down with that. I’ll always defend the potato’s right to be present in as many dishes as possibly in the week. And when I peered up at the looming sign, I couldn’t stop myself but see all the possibilities in potatoes running through my mind.

You can mush them, mash them, smash them, smother them. Dunk them in cream and give a fancy French name or slice them and cube them and bake them to a crisp. What a dang good slogan, spotted in an assuming corner of the US West.

There are more than 4000 varieties of potatoes, though sadly they scarcely show up on our grocery shelves (probably because of the Idaho potato lobbyists). Add the 4000 potato types with the 50+ ways to cook a potato (certainly a conservative estimate) and there wouldn’t be even enough days in a century to try each unique potato creation.

That is how many possibilities I want us to see in the year and years to come. Hope is what resonated with me in that billboard. Nothing manipulative, marketing or sleezy; just plain hope in the creativity of humans. Because the earth gave us the potato and we can invent a thousand things to do with them. Think of the possibilities in all the other stuff we have lying around.

What possibilities are you seeing in 2022?