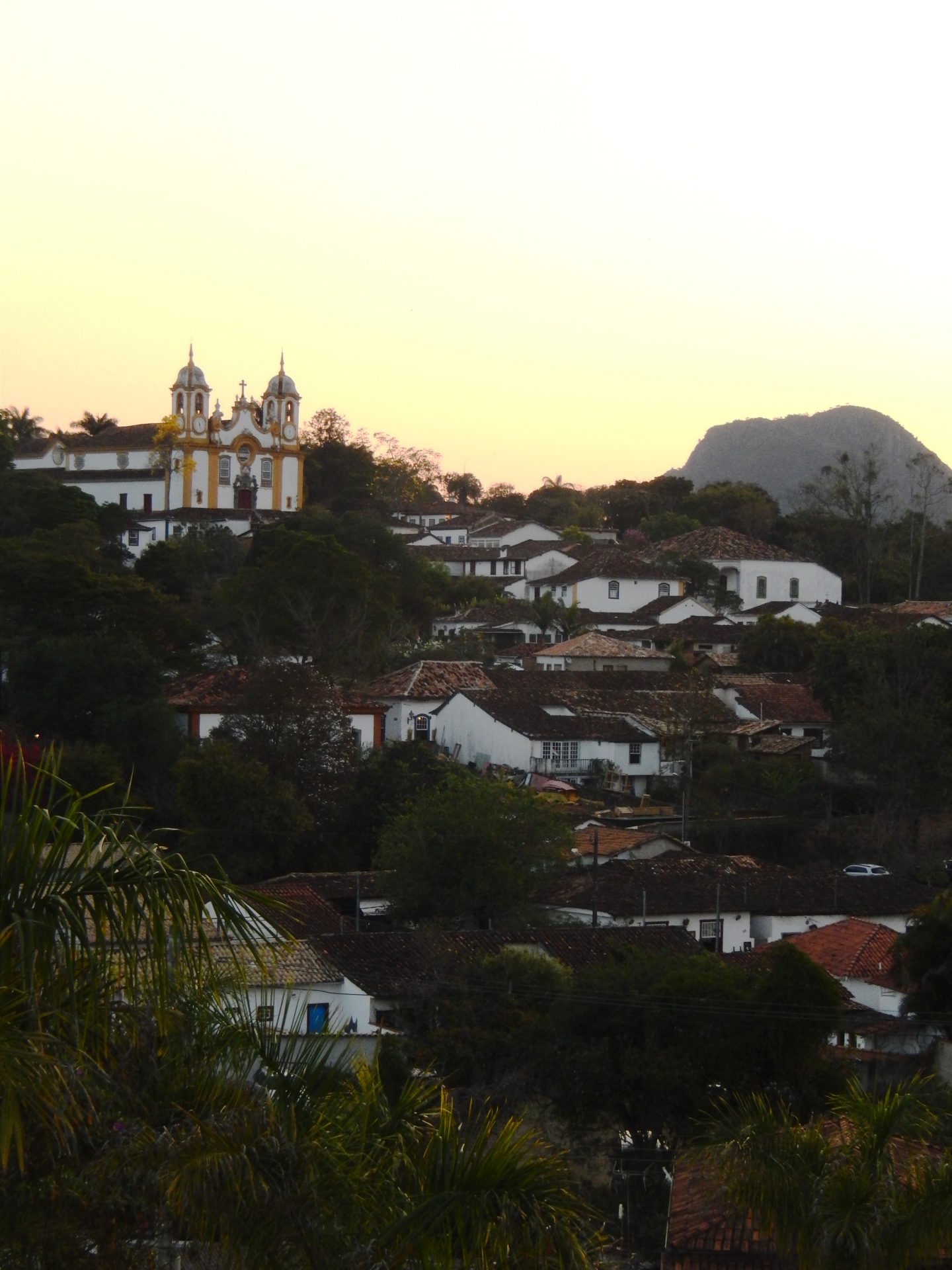 Tiradentes in Minas Gerais is a drop in time. A colonial town, knitted together by cobbled streets, white bricks and as sequence of terracotta roofs. The town is named after its most famous resident Tiradentes a revolutionary dentist, who was beheaded after a failed plot, but now has his own national holiday.

The original influx of people to Tiradentes in the 18th century came from the promise of gold reserves nearby. It wasn’t until 1938 however, that the city became a National Heritage Site, whereby the government set to work reconstructing many of the city’s original features. Even now, the city perches perfectly on the hillside with its sparkling white houses, gas lamps and original baroque churches.

What to do in Tiradentes in Minas Gerais

You can prance around the quaint town of Tiradentes in a horse-drawn wagon. If romance is on the cards or the kids are in tow this is a winner. Catch the chariots from Largo das Forras for about R$25 each person or R$80 for the whole family (4 people).

There are 9 interlocking streets in Tiradentes with a whopping 7 churches. The churches in Minas Gerais are an example of Portuguese colonial architecture and some of the constructions date back to the 17th century. Characterised by distinctive white and yellow or blue facades, these churches have become a blueprint of Minas Gerais.

The Igreja Matriz de Santa Antônio is the city’s central church and is famous for harbouring the 2nd largest amount of church gold in the country. Step inside the grand doors and the walls plastered in gold throughout the nave will blow you away.

There is also a weeky organ concert on Fridays around 19:30 pm, as well as nightly visiting hours during the weekend starting at 20:00 pm.

The steam train runs along 12km stretch of railroad linking Tiradentes to São João del-Rei. The railroads were first brought to Brazil to cater for the Mining rush, but never developed into passenger trains and trains fased out over the years. The Maria Fumaça (Smokey Maria), ferries visitors at weekends between the two colonial towns offering a rare chance to travel in an original steam train.

Ticket cost: return trip for R$70 (US $25) with discounts for children, seniors and students.

More information on the train ride is available from viajala.

What to Buy in Tiradentes, Minas Gerais

Pinga is another name for cachaça the national drink of Brazil. In Minas they often mix organic honey with cachaça to make strong sweet shots. Cachaça is stronger than vodka, but the sweet overtone of the honey can make this all too easy to miss.

Minas Gerais is also the state that produces the most sought-after cachaças, try a common brand called Salinas to start. In the close by town of Bichino there is a small distillery, which produces a golden cachaça with 49% alcohol. They sell handpainted Minas Gerais inspired shot glasses too, decorated with baroque churches and angola chickens. In Tiradentes try Confidências Mineiras for a variety of cachaça.

Minas Gerais is also renowned for handmade decorations and ornaments produced in the rural towns. Boutique shops and art galleries hold up the backbone of Tiradentes. However, if you are looking for more competitive prices drive along the road that connects Tiradentes with Bichinho, which is about 7km long.

Or try some of the art galleries in the Rota dos Atêlieres, where you can browse and buy original pieces.

Minas Gerais crafts some of the best furniture in Brazil. In a country where a simple chair can set you back US $50, this is an asset to treasure. Obviously, maybe you can’t get a wardrobe on the plane, but the craft is so professional and pure you could purchase some smaller goods. Souvenirs I have brought back include chopping boards and small plant stools.

What to eat in Tiradentes

Torresmo is a common bar snack food made by cooking the skin and fat of the pork. This creates crunchy morsels of deliciousness, very similar to our crackling.

Mineiro cooks balance pans over wood fires and the food slowly stews for hours on end. You can find anything and usually pay an all-you-can-eat fee. The buffet includes greens, beans, meat and some ambiguous animal parts that you can take or leave.

Tragaluz for Mineiro food, like the spotted wild angola chicken with pureed polenta.

Estalagem do Sabor for a charming Minas Gerais dinner in the open air.

My wonderful man treated me to the Festival Cultura e Gastronomia de Tiradentes, which runs annually for a 9 day spectacle. The festival assembles the best Brazilian chefs, who teach, cook and make sweet wizardry in the kitchen.  As part of the festival there are also penned-off drinking hubs, where you purchase strings of tickets for buying the drinks and snacks from stalls.

Note of caution: disorganized as we are, we rocked up unannounced and unprepared. This town has 9 streets, that means space is limited and you have to pre-book. We slept rather precariously in an unofficial airbnb.

Tiradentes is 4 and a half hours by car from Rio de Janeiro so you can hire a car to reach the city. Especially once you liberate yourself from the chaos that is Rio de Janeiro, the Minas Gerais countryside is breathtaking. Check our Brazil driving guide for tips.

There are cheap flights to Belo Horizonte the capital of Minas Gerais. However, from there it is another 3 and a half hours to Tiradentes. Alternatively, there is a small airport in São João del-Rei, where you can jump on the steam train to Tiradentes!

Other post you may enjoy:
Ibitipoca, Minas Gerais | Wolves, Stars and Hot Honey Cachaça
2 Days in Brasília
Best Resources for Learning Portuguese
10 Tips to See Brazil on the Cheap