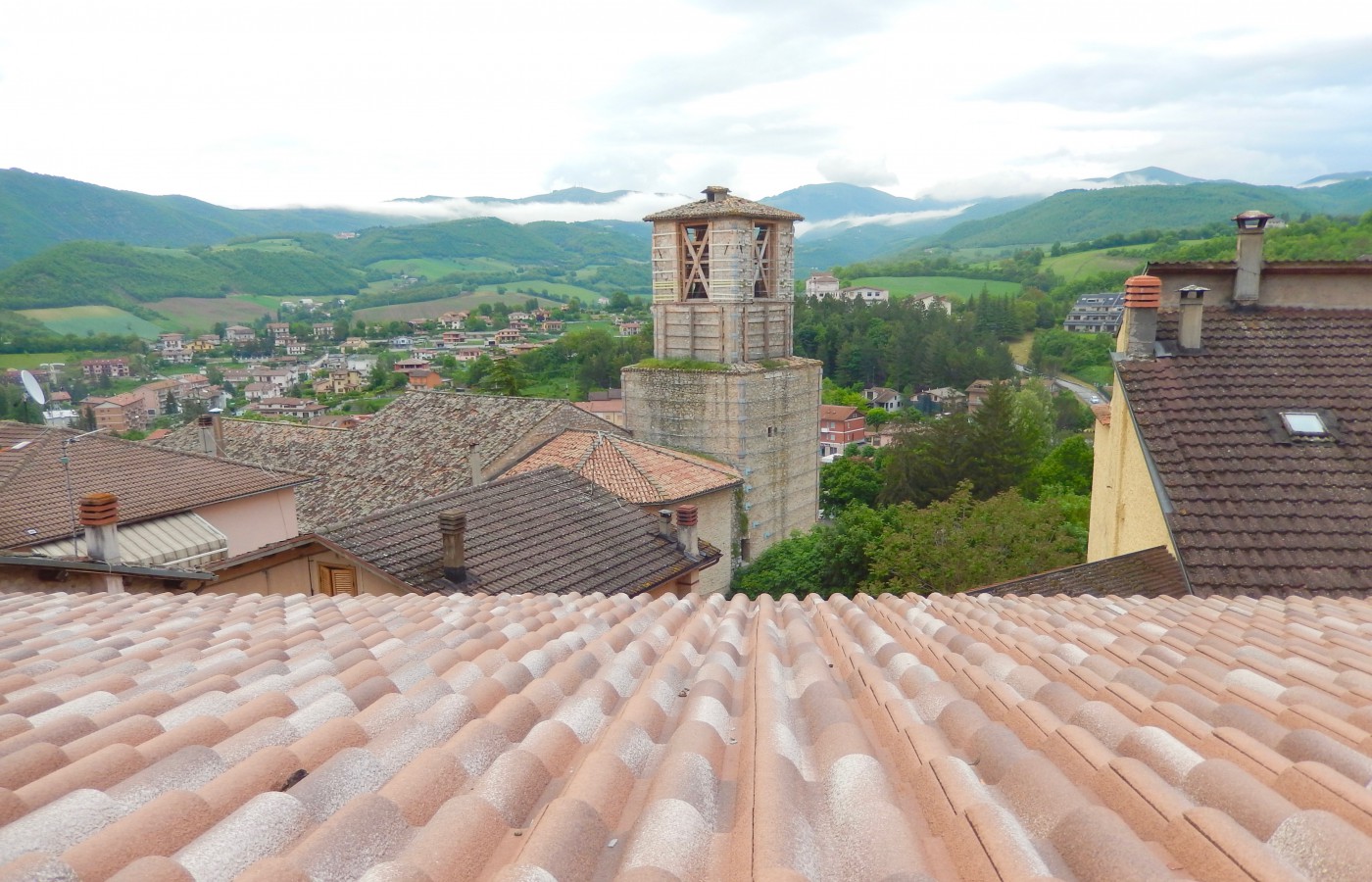 First things first, Italy may just look like a boot on a map, but it is dissected into a complex jigsaw of individual regions. Each has a history as an independent entity, where it grew its own traditions, gastronomy, agriculture and people. This post takes a peak at the little known region of Umbria. An absolute gem rooted in the centre of Italy.

We arrived in Umbria in a powder blue Fiat 500 and packed inside we were a Finnish, a Turkish, a Brazilian and a Brit. We could have been an international mafia if it weren’t for the jolly color of our vehicle. Besides our own rather dazzling arrival in Umbria, two things happened on the road justifying that the Italian countryside is where the action is.

Within minutes of crossing the boarder we had a close shave with an Albanian driving the wrong way along the highway. Followed hours later by a second close shave with a leaping deer in the middle of the road.

What does this tell us?

a. There is a lack of clear signage in Italy.

Above everything, Umbria is bursting with life and experiences you can’t miss on your trip to Italy.

Hometown of St. Francis de Assisi, a beloved Catholic Saint, often depicted alongside animals. St Francis would preach to the birds and animals as a message for the people that following gospel should be humble not distorted. From miles away the Basilica of St. Francis looms on the hills of Umbria, a site of pilgrimage for millions of Catholics. The Basilica is a whopping structure that burries into the hill and expands back into a labyrinth of a convent. All the buildings San Franciscan buildings are World UNESCO sites. If you stick around for sunset you will see the sun bouncing off the pink stones, like some kind of religious candy land.

As the basilica towers above, on the planes below stands the Santa Maria degli Angeli. Maybe it seems like just another church, but inside the walls hides the teeny chapel Porziuncola. Here our blessed animal lover preached and died, meaning it was only after his death that the ginormous basilica was built in his homage. Though for non-catholics the modern day churches may seem lavish, in Italy the opportunity presents itself to step inside low-key chapels that formed the roots of this powerful religious order.

When Napoleon, in his sneaky world conquest, declared part of Italy French, it was Spoleto he chose as the capital. And it’s no wonder, because as hilly as Umbria is, you have to get 3 travelators (outside escalators) to reach the heights of the city.

There’s no doubt if I were in army I would choose a more accessible city to invade.

Due to its fortified walls and strategic position, Spoleto has a long history of war. Therefore, it boasts many Roman buildings and ruins for history buffs. Such as the Ponte Sanguinario, the Roman Theatre, restored Roman houses and an amphitheater.

Who needs the Colosseum?

Finally, never forgetting The cathedral, in Italian “Duomo di Spoleto,” which has two points of interest. Firstly, the Byzantine-hieratic mosaic embedding in the front of the church and secondly a handwritten letter by Francis de Assisi.

Don’t swallow the extortionate prices of the capital Rome. Instead head to the UNESCO site of Spoleto, the town is pristine and dotted with Roman treats.

Cascia is a tiny convent town, the most concealed in the mountains of Umbria from all the choices here. When I was breathing in the sweeeeet fresh air, enclosed by mountains, I realized why mountain retreats are money making machines!

In the village we wandered into a shop that literally grabbed our attention because there was a GIANT BOAR`S HEAD mounted to the door. Behind the counter this toothy man beamed at us. A short while later we discovered that his family’s name was “Wild Boar,” or “cinghiale” in Italian.

And he literally didn’t give a flying monkey. In fact, he milked it for all it was worth.

Now that folks is a lesson we can learn from – BE WHAT YOU WANT TO BE and DO WHAT YOU ARE MEANT TO DO.

Most importantly, entering the town there is a high probability of getting stuck behind a coach full of “pilgrims” winding it’s way through the tiny Italian countryside roads. In Cascia, stands the Church of Santa Rita of Cascia, deemed another of the most prestige Catholic saints. After a life of suffering and dedicated prayer a stigma appeared on her head. The stigma is a wound corresponding to Jesus’ suffering on the cross. People believe the stigma is bestowed only to the most dedicated followers.

Yeah, you heard it right. The praline flavored chocolate brand Perugina goes back to 1907.  Traditionally, the little chocolates come wrapped in golden foil. Like pieces of treasure, only even better because you can eat them.

So, you can brush up on your Umbrian history and know that if Napoleon wanted Umbria then we should too.