Documentaries on the War on Drugs in Latin America 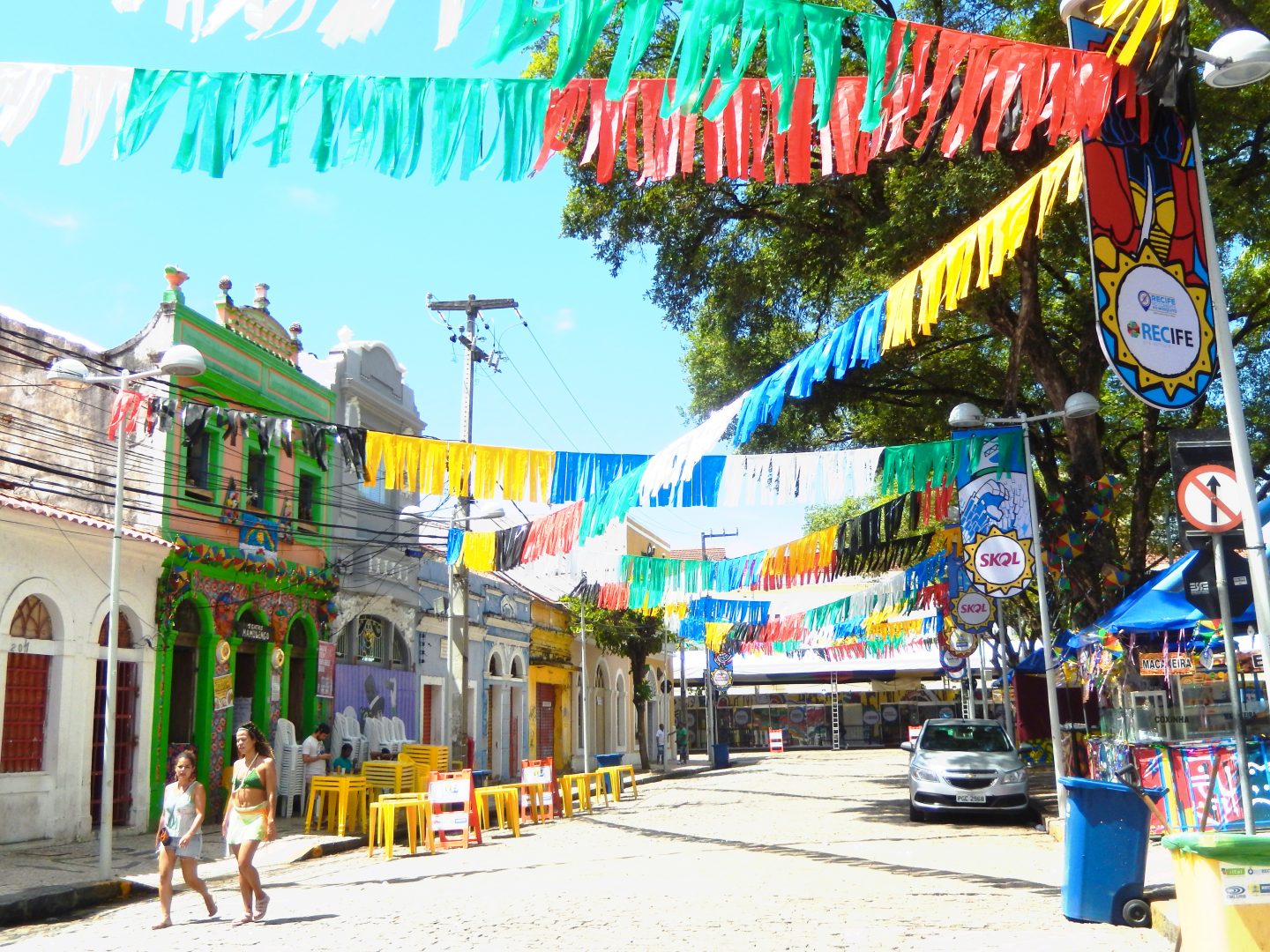 Quality documentaries have this power to pull you in and spark your curiosity. Here I have watched, reviewed and applauded 4 documentaries with thought-provoking perspectives on the War on Drugs and its effects on the Latin American region.

These short documentaries bring fresh perspectives on the controversial drug policies of Latin America that were propelled by the US government. Before hopping on a plane don’t you check the destination language, currency and weather? Alas, you arrive beach-ready to Italy in February and realize its just as cold as your home town.

Heading out backpacking the Americas is exactly the same. You won’t second guess the locals’ advice and you will appreciate the countries’ complex political scenario, avoiding being a tourist airhead.

This is a pretty specific list of documentaries on the War on Drugs, if you prefer some more light-hearted alternatives why not try Pixar’s Coco or Disney’s Rio.

The War on Drugs is Real

Once I crossed the Belize to Mexico border with nothing but a backpack and another blonde girl I’d met in the bus. The military guards scanned our bags, stopped us and asked why we had weapons in our bag. They only cracked a smile 5 minutes later. That was not a funny joke my friends. I nearly wee’d myself.

Coming back from Bolivia my entire bag was emptied and searched. Bad news for the officer I’d been to the Amazon and not paid for laundry since. I went on a swamp exhibition, involving … wading through a swamp. That was one smelly bag to search.

My friend’s brother was shot in the hip crossing the legal Mexican boarder to the USA by mistaken identity. He’s doing fine, at least he has a story for the girls…

In view of the above, maybe don’t complain that the immigration queue to the USA is nine million miles long. And maybe watch these documentaries instead!

War on Drugs in Latin America

Drugs are everywhere and they affect a huge part of what you see in Latin America. This war declared by the USA in 1971 seems to have rendered as few positive effects for North America as it did for the southern side.

Indeed, there are many articles, documentaries, and series out there on the War on Drugs, but I’ve chosen a selection of just 4 to give you an overview of the broader picture in Latin America.

So here is less than 6 hours of documentaries you should watch to understand the War on Drugs in Latin America.

A Brazilian documentary outlining the pitfalls on the US sanctioned war on drugs in Latin America. After the original documentary the group evolved into an organisation that produces highquality documentaries on an array of issues usually centred around those that plague Latin America. The documentary examines the implications of not legalizing marijuana and of not decriminalizing other drugs. Their slogan is “Por um mundo mais inteligente e menos careta” translating as “for a more intelligent and less grim world.” Featuring interviews with ex-presidents of Switzerland, the USA, and Brazil, this documentary turns out all the information that has fiercely been denied for years.

You can watch the documentary on YouTube in Portuguese. The synopsis reads “Over the last 40 years the USA has led a campaign to free the world of drugs. However, the harm and destruction it has led in its wake have been endless.”

The main focus of the documentary is on portraying drug addicts not as criminals, but as victims who need help to break free of the vicious circle. It is refreshing to see the perspective on normal citizens that fell into drugs because of bad policies.

Legalization of marijuana and decriminalization of drugs will decrease drug consumption and the number of drug related convictions. Marijuana is only a gateway drug in as much as it puts you in contact and buying from the same person who wants to sell you harder, lethal drugs.

This documentary entwines the life of 2 famous Colombians, Pablo Escobar (drug lord) and Andrés Escobar (football player). The documentary dives into the monopoly and sheer power drug traffickers held over Colombia. It touches on the passion behind Latin American football and that sometimes it is infiltrated by the interests of the narco leaders. Although the overall theme is football, it is a fantastic documentary for a history of Colombia and to catch a glimpse of the terror that compelled the country.

This documentary marks the power and influence penetrated in everything in Latin America to politics, football and economy. It was a mess and one that destroyed a nation.

Money drives everything and where drug traffickers have money there is little state control. Colombia suffered the worst consequences of the war on drugs declared by the USA.

Note: extremely graphic and violent documentary, made for those with strong stomachs!

Cocaine Unwrapped criticizes the brutality and indifference of the heavy handed methods implemented in the War on Drugs. Filming techniques aimed at destroying the cultivation of the Coca plant, which is part of the Andean culture, it highlights the injustices of punishing those at the bottom of the chain.

Coca farmers are usually left with no other means of sustaining their livelihood due to living in such turbulent and poor areas. Highly enlightening, including interviews from various different social spheres, including top politicians to coca leaf farmers, the documentary stresses the responsibility of the countries receiving the drugs.

Seeing the effects of the war through the eyes of those rarely heard. This documentary goes to the heart of humanitarian problems with waging a war on a simple plant.

Attacking the roots of the drug cultivation without providing alternative methods of education, income and safety has only exasperated the situation. There needs to be a broader and more humanitarian way to address the production of cocaine in order to reduce the quantity.

Finally, Dirty Money is a series of short documentaries investigating how multinationals gained substancial quantities of money through unlawful and immoral means. I thoroughly recommend all the episodes, but for our Latin American series the episode on HSBC looks at money laundering of narco funds. HSBC in a nutshell overtook a Mexican bank that was a vehicle for money laundering the cartels’ finances. Turning a blind eye by assuming the hundreds of accounts set up illegally, HSBC reaped all the profits, until it was caught red-handed.

Another documentary that perfectly illustrates how drugs are central even in the licit economy of countries in Latin America. It is so diff

Drug traffickers were threatening bankers so that they opened accounts with illicit money. HSBC assumed those accounts without a second thought.

Meninos do Tráfico tells the story of young boys in favelas who first enter into working for drug traffickers in Brazil. Falção (falcon) is the name for the night guards, who stay up watching to see if any enemies or police are coming towards the drug trafficking headquarters. It explores the precarious lives of a group of young boys from an unstable household (often fathers are absent) to using gateway drugs sometimes as a payment for small tasks done for traffickers.

The production was produced by Brazilian rapper MV Bill and they filmed the footage between 1998 and 2006. Unfortunately, there aren’t any English subtitles available on the YouTube version, but you can purchase the documentary from other sources.

The documentary was a project that aimed at telling the story of the inevitablitly of many young men entering into drug trafficking in Brazilian favelas. Watching their story shines light on the broken system and the need to tackle social problems and vulnerabilities at the root in childhood.

Boys become involved in drug trafficking at a young age and because of a lack of protection and opportunities.

In conclusion, the War on Drugs has left a wake of distruction in Latin America, with little gain over the drug traffickers. We hope these documentaries will help to spread the word that harsh anti drug policies often leave vulnerable parts of society worse off and more vulnerable that befoe.

If you want to learn more tripsavvy have a comprehensive list of documentaries on Latin America.